Puneeth Rajkumar, an actor with simplicity who won everyone’s hearts 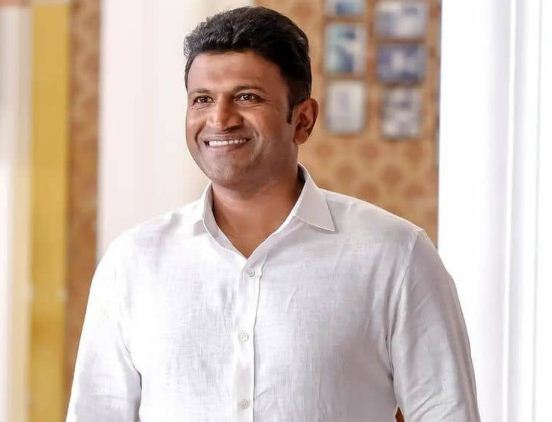 ‘KGF’ star Yash recently stated that, “one has special place for people who treat you well when you are nothing.” The statement was made with reference to Puneeth Rajkumar. The directors who worked with him remember him as always simple and easily approachable with a warm personality.

Puneeth had also congratulated Yash for becoming an all-India star and gave him a warm hug.

Puneeth promptly wished his elder brother all the luck for his new movie ‘Bhajarangi 2’ in his last tweet on Friday morning. If one looks at his social media accounts they will see Puneeth’s congratulatory messages for beginners and achievers.

He also pledged his eyes for donation. Dr Bhujanga Shetty, Director Narayana Nethralaya, who collected the eyes of Puneeth, remembers that he received a call from his elder brother Raghavendra Rajkumar to collect his eyes.

“Many people pledge their eyes and their family forget at the time of death. But, Puneeth’s family is different. His father, legend of Kannada film industry Dr Rajkumar always reminded me to take his eyes when he passed away. Later, the family reminded me when his wife Parvathamma Rajkumar breathed her last. Today (Friday) again I got a call from his family to collect eyes within no time,” he explained.

“Puneeth’s is a family of commitment. His eyes will be transplanted to two persons by tomorrow,” he says.

Pawan Wodeyar, one of the directors who worked with him, says more than an actor, producer and superstar, he appealed to him as a loveable person.

Puneeth had donated Rs 50 lakh to the Karnataka government during Covid crisis. Puneeth was supporting 16 old age homes and 19 ‘goshalas’. Thousands of girl students were supported through his ‘Shakthidhama’ organisation. But, never ever did Puneeth speak about his philanthropic activities.

Puneeth had completed his cine journey as an artiste for 45 years as he entered the film industry as a toddler. He has acted in 13 films as a child artiste. As a child artiste he won the National award for ‘Bettada Hoovu’ in 1985. He won best child artiste award for his acting in ‘Chalisuva Modagalu’ and ‘Eradu Kanasu’.

He made his debut as a full-fledged hero with ‘Appu’ in 2002. Since then, he had acted in 29 movies. His latest release was ‘Yuvaratnaa’ which hit theatres in April earlier this year. His last movie was ‘James’. His documentary made by filmmaker Amoghavarsha of ‘Wild Karnataka’ fame shot underwater was all set to release on November 1.

He won two state awards for best actor and won five FilmFare awards. He started his production house Puneeth Rajkumar Films in 2019 and produced movies of Danish Sait and others. He was a successful television presenter for Kannada version of ‘Kaun Banega Crorepati’.

Puneeth, fondly called ‘Appu’ was christened as ‘Power star’ by fans. Puneeth made it a point to spend one whole month with his family. He sang, shook a leg for them on their special occasions. The film industry which bounced back to life after Covid lockdown has suddenly come under a pall of gloom with the demise of one of its superstars.