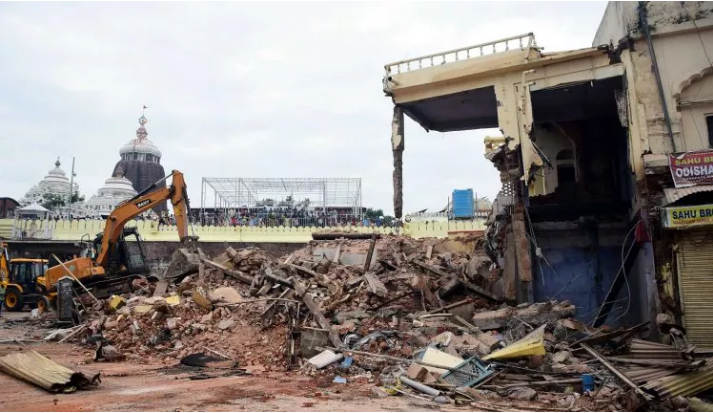 Puri: Amid uproar across Odisha over the demolition drive in Odisha’s Puri for razing structures near the Srimandir here, mahantas of various mutts in the town wrote an open letter to the Chief Justice of India (CJI) seeking a ‘stay order’ over the administration’s move.

The mahantas have opined in the letter that the mutts have rights to serve the deities and the State Government should protect those.

“The Cabinet of Odisha Government has passed a resolution calling for demolition of all structures within 75 meters from the temple wall of Sri Jagannath Temple. Within this zone, there exists 18 mutts which have definite rights to serve the deities as per the record of rights related to the temple. The Government of Odisha has a duty to protect such heritage structures and promote them as part of temple ecosystem,” the open letter read.

The mahantas have mentioned in the letter that they didn’t give consent for demolition of  the mutts. They also alleged that they are being forced by the district administration to give their nod to the razing now.

Requesting the CJI to take cognizance of the matter, the mahantas sought a stay order over the demolition drive.