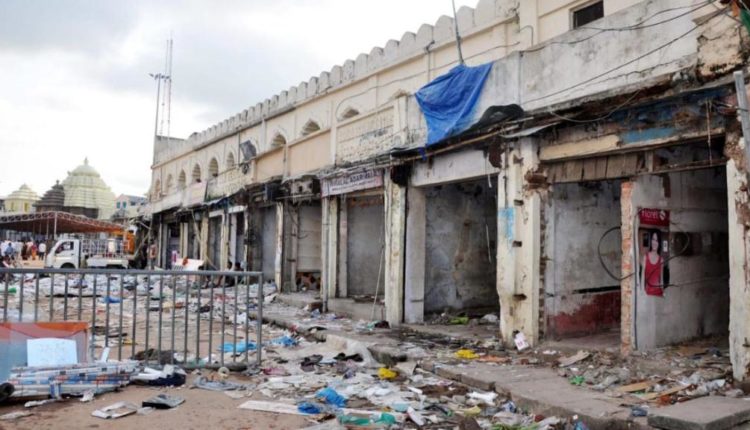 Puri: The district administration has temporarily stopped the demolition of Bada Akhada mutt in Odisha’s Puri town, following opposition by its mahanta (chief).

Harinarayan Das, mahanta of Bada Akhada mutt, said the building is not in a dilapidated condition as claimed by the administration. Inmates of the mutt resorted to a peaceful agitation protesting the proposed demolition.

Later in the day, district Collector Balwant Singh held meeting with the mahanta and said a decision regarding the demolition will be taken in 2-3 days.

“We had discussions with the mahantas of Bada Akhada mutt and some other mutts regarding the preservation and rehabilitation aspects. We will consult with the mutt authorities and other concerned organisations within 2-3 days, and a decision will be taken accordingly,” the official said.