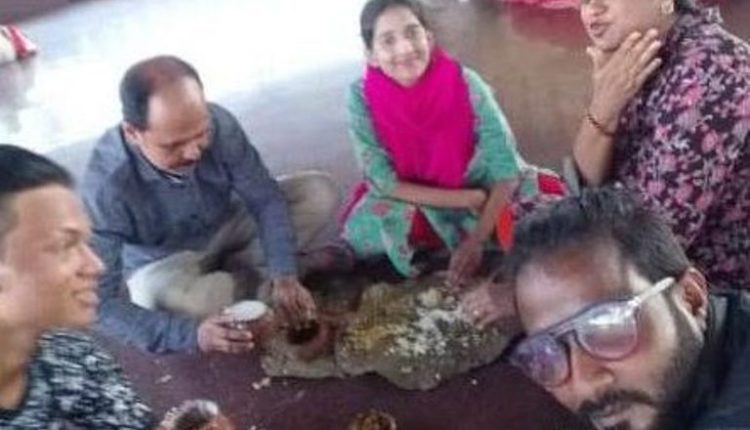 Puri: A day after a photo featuring an Ollywood actress and her kin at Anandabazar of Shree Jagannath Temple went viral on social media, the Singhadwara police on Monday arrested one person out of the two detained for questioning.

Based on a complaint filed on Sunday, the police took Debasish Singh of Badasankha area and Raja Dalei into its custody to quiz them about the matter. Later Debasish was arrested on charges of circulating the Puri Jagannath temple’s inside picture.

Worth mentioning, the Shree Jagannath Temple Administration (SJTA) has banned mobile phones and cameras in the temple premises. But the photo of actress Divya and five others having Mahaprasad at the Anandabazar, which has gone viral on social media raises question on the security arrangements at the 12th century shrine.

Earlier also on different occasions, some temple servitors and tourists clicked photos inside the temple premises and posted those on social media.

Twitterati give more power to Nusrat Jahan after cleric threat