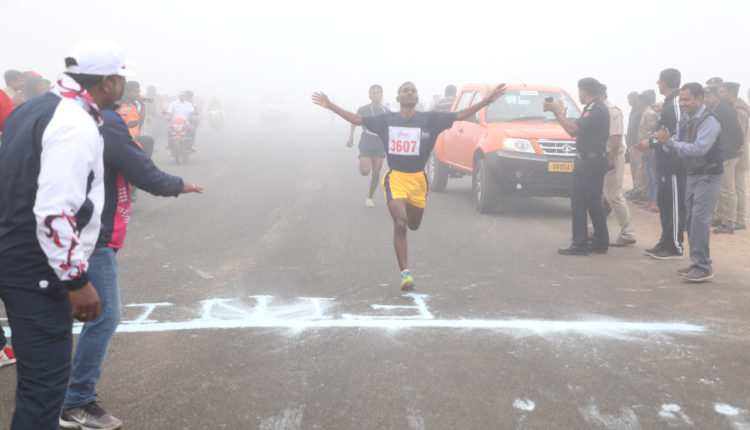 Puri: Despite a cold and foggy morning, great cheer prevailed on a road near the sea beach here as over 4,000 people, including a large number of students and foreigners participated in the first edition of ‘Puri Mini Marathon’ held in the Pilgrim City on Thursday, on the occasion of Netaji Subhash Chandra Bose Jayanti.
The theme for this year’s event was ‘Disaster Resilient Heritage.’

Odisha Sports and Youth Affairs Minister Tusharkanti Behera flagged off the marathon that began from the District Sports Complex at Talabania covering around 8-km route culminated near the Beach Hotel Asiana Lagoon. 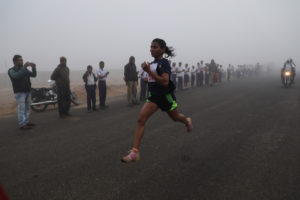 The mini marathon was organized by the District Administration in association with Odisha State Disaster Management Authority (OSDMA), Bay of Bengal Initiative for Multi-Sectoral Technical and Economic Cooperation (BIMSTEC) and the National Disaster Response Fund (NDRF).

Congratulating the winners the Sports Minister said: “Puri has already made its mark in the tourism map of the world but organizing such event will take the Pilgrim City to newer heights and make it as an ideal and a global city in future.” 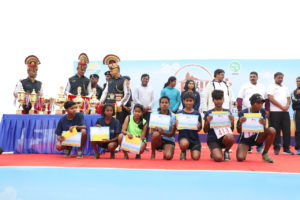 The Puri Mini Marathon is an annual event which will be held on January 23 every year with a new theme and to provide a common platform to promote health and active lifestyles.

New policy to bolster Odisha’s move to make it sports…