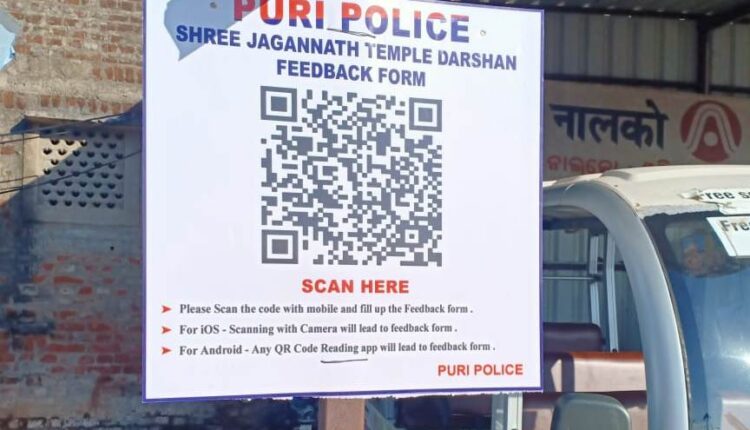 Puri: With an aim to facilitate hassle-free darshan of deities at Shree Jagannatha Temple in Puri, the District Police made special arrangements for devotees. Like last year, the police devised a feedback system this time as well on basis of which the facilities for devotees can be improved.

As per the district police, the feedback system can be provided in two ways. Devotees can scan a QR code and submit the feedback form online through their smart phones. The QR codes are available in designated vehicle parking areas and few other places.

They can also fill up the physical feedback form and drop in the box available near the North Gate of the 12th century shrine, the police statement mentioned.

The police further said its personnel and officials are briefed daily in morning time to be courteous and polite to devotees but remain firm, professional and disciplined in performing their duty.

RI Puri CS Dash has been designated as the nodal officer for the feedback system.

Don’t use ivermectin and other drugs meant for livestock to treat Covid-19: FDA

Americans ‘beaten up’ by Taliban on way to Kabul airport