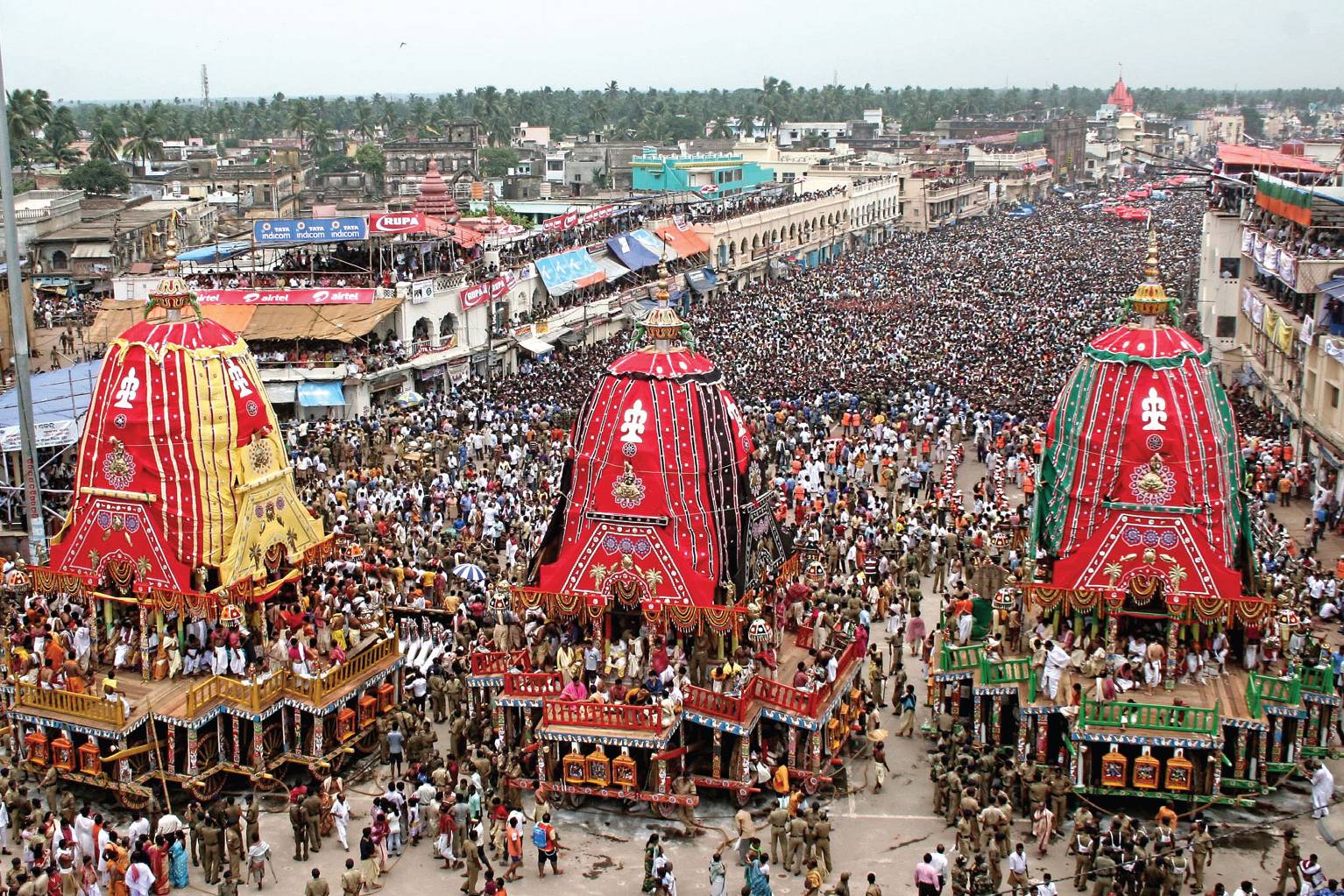 Puri: The world famous annual Rath Yatra of Lord Jagannath, Lord Balabhadra and Devi Subhadra along with Lord Sudarshan came to an end today with the return of the deities to their abode-the Ratna Simhasana (bejeweled throne) in the Garbha Griha or the sanctum sanctorum of Jagannath temple in Odisha’s Puri, 11 days after they had set out on a journey to Sri Gundicha temple on July 04.

Lakhs of devotees witnessed Niladri Bije— return of the deities to the sanctum sanctorum marking the end of Rath Yatra. The Niladri Bije was concluded early at around 8 pm in view of a partial lunar eclipse tomorrow.

The deities were taken in goti pahandi to the temple by servitors.

First, Lord Madanmohan and Lord Ramakrushna (they had accompanied Lord Jagannath to Gundicha temple) were taken inside the temple by servitors followed by Lord Sudarshan.

Subsequently, Devi Subhadra and Lord Balabhadra were taken inside the temple to the sanctum sanctorum.

It was Lord Jagannath, who was the last to enter the temple.

Keeping with the tradition, Bheta Niti (meeting ritual) between Lord Jagannath and His wife-Goddess Mahalakshmi was held on the Charamala (the ramp used to climb the chariot) of Nandighosa-the chariot of Lord Jagannath.

His entry into the sanctum sanctorum was checked at the Jai Vijay Dwara by Goddess Mahalakshmi, who as the legend goes was annoyed over not being taken by the Lord during his sojourn to the Gundicha temple.

After a few exchange of words between the servitors of Goddess Mahalakshmi and Lord Jagannath and the offering of rasagola, Lord Jagannath was allowed into the sanctum sanctorum.

Lord Jagannath offers rasagola to Goddess Mahalakshmi to pacify her.

Niladri Bije ritual which started an hour and a half ahead of scheduled time was conducted smoothly and in disciplined manner.

Odisha’s first desalination plant to come up in Paradip