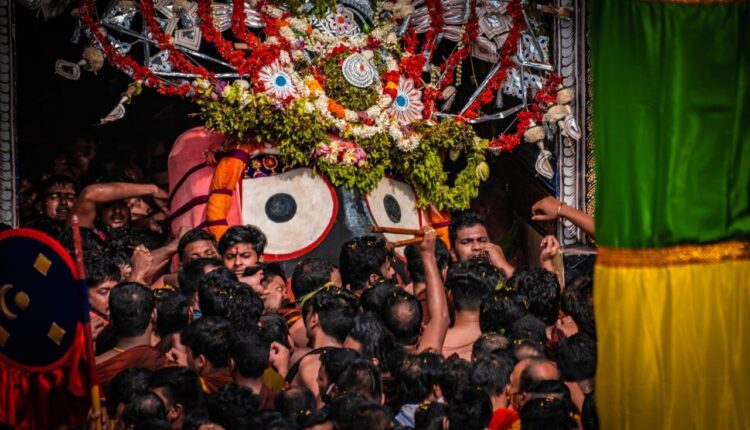 Puri: The Pahandi Bije ritual of Lord Jagannath, Lord Balabhadra and Devi Subhadra during the annual Ratha Jatra here today concluded around 9.15 AM while it was scheduled to end by 11.30 AM.

The Pahandi Bije of Lord Balabhadra began around 7.15 AM, Devi Subhadra around 7.25 AM and that of Lord Jagannath around 7.35 AM as the servitors escorted the idols of the deities from Ratna Bedi to their respective chariots– Taladhwaja, Darpadalana and Nandighosa– in a ceremonial procession.