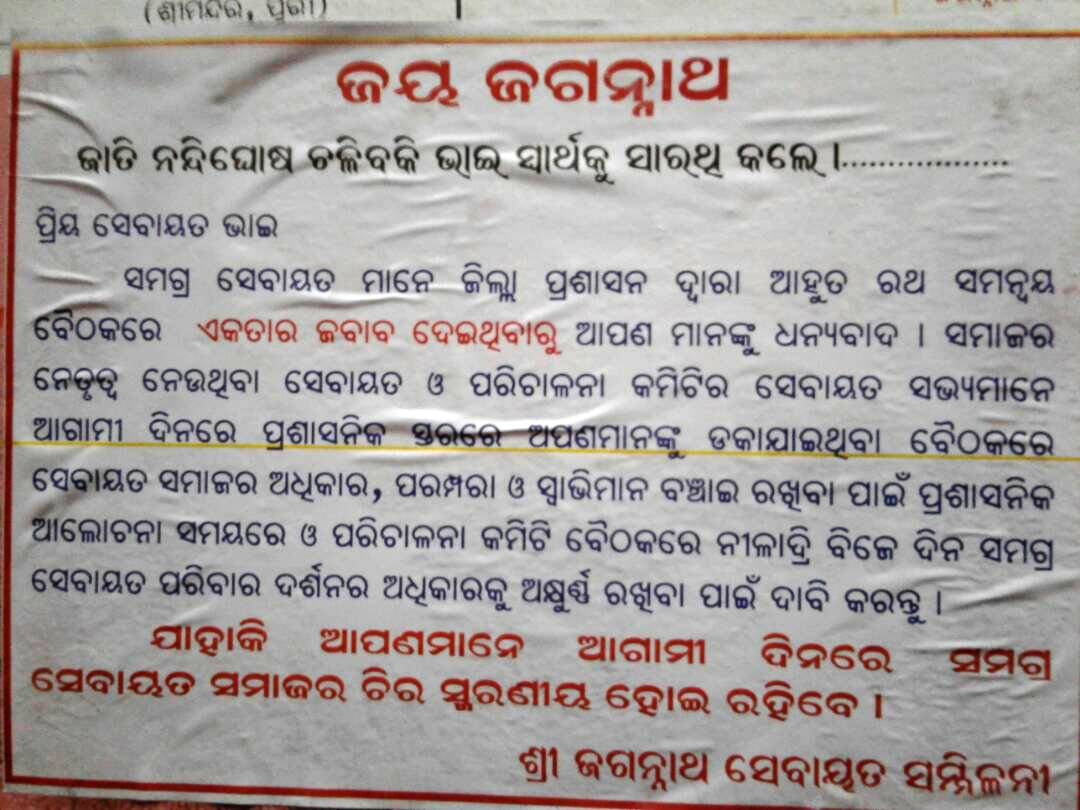 Puri: The Shree Jagannath Sevayat Sammilani has put up poster at the South Gate of the Shree Mandir in Odisha’s Puri urging the servitors of the temple to strive towards keeping their rights intact.

In the poster, the sevayats have been urged to raise the demand of keeping intact the rights of servitors and their families to have darshan of the deities during the Niladri Bije, at the Ratha Yatra Coordination Committee meeting.

It may be recalled that some servitors had an altercation with Puri Collector during the Niladri Bije rituals last year when he confronted them after the servitors and their kin alighted from the Taladhwaja chariot, in clear violation of High Court and Sri Jagannath Temple Administration (SJTA) orders. The incident had led to a delay in the conduct of rituals and pahandi of Lord Sudarshan.

Woman raped by neighbour in front of daughter