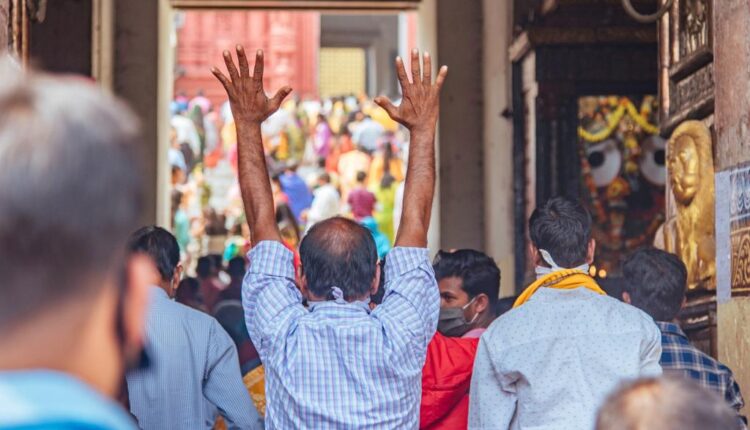 Puri: In view of possible rush for New Year in Puri, Shree Jagannath Temple Administration (SJTA) has revised the timing for opening Srimandir in wee hours on January 1, 2023.

Following discussion with servitors and other officials at a meeting chaired by Puri Collector Samarth Verma on Wednesday, the temple administration has decided to make all kind of arrangements for devotees for smooth darshan of deities on New Year.

As per the decision, the Dwarafita Niti (opening of Singhadwar) will be held at 1.00 AM on January 1.

As there will be heavy rush on December 31 and January 1 for New Year, the SJTA has decided to close the main entrance of the temple early on New Year eve and open the temple at 1. 00 AM after a few hours of pause. A special shed will be built for senior citizens at Singhadwar and the existing shed meant for public darshan will be expanded, an official of the Jagannath temple administration said.

He said that a temporary shed with arrangement of drinking water will be in place from Singhadwar to Market Square. A temporary shoe stand will be built at Market Square. The devotees can know the schedule of rituals on New Year through LED display. The free parking arrangements will be made for devotees and tourists at Jagannath Ballav, Sharadhabali, SCS College Square, Barabati Jaga and Loknath Road. In case of lack of space at these parking places, the additional number of vehicles can be parked at Talabania.

Besides, the fee will be fixed for parking of vehicles at parking lot by Puri Municipality. The temple administration will make arrangement of ambulance for devotees. The centuries old temple will be decked up with flowers and lights for the New Year.

Moreover, keeping in view the possible rush on Grand Road, it has been decided to declare stretch from Singhadwar to Market Square as ‘No Vending Zone’. The eviction drive to remove street vendors from this place will be carried out for 3 days from December 31 to January 2.

The security arrangements inside and outside the temple will be beefed up for New Year. Special vigil will be kept on traffic system and crowd at sea beach. The movement of heavy vehicles engaged for Srimandir Parikrama Project will be restricted from December 31 to January 2, informed Puri SP Kanwar Vishal Singh.