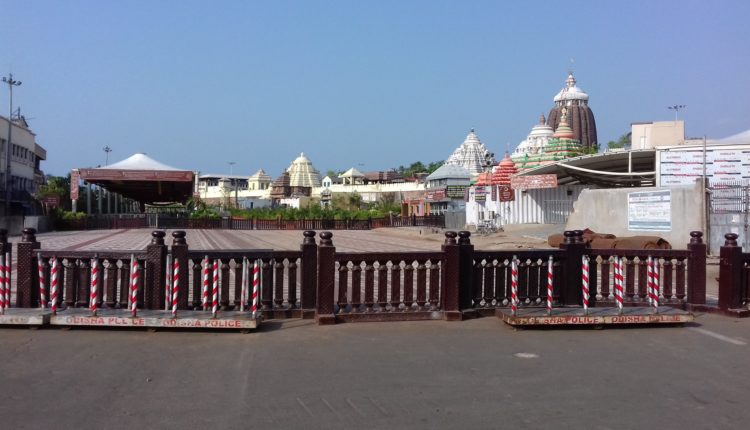 Puri: Good news for lakhs of devotees waiting to have holy darshan of Lord Jagannath and divine siblings at the Jagannath Temple in Puri as Srimandir will reopen shortly ahead of New Year.

“The recommendation in this regard will be sent to the State Government to open the Jagannath Temple on December 23. We will urge the Government to reopen the temple for residents of Puri for the first five days of its reopening till December 31 evening,” Kumar told media after chairing the Chhatisa Nijog meeting here today.

However, the temple will remain closed on January 1 and 2 in view of possibility of influx of devotees to the pilgrim town. On January 3 onwards, the temple will be kept opened for people of Puri as well as outsiders.

“We have decided to close the temple for devotees on January 1 and 2. We will reopen the temple on January 3 onwards for people of Puri and other districts. An SOP will be issued after getting nod from the State Government,” Kumar said.

Initially, as many as 5,000 devotees will be allowed to enter into the temple in phases after January 3 next year. Later, arrangements will be made to increase the number in one or two months except festivals after reviewing the COVID situation.

Kumar said that COVID-19 negative certificate (Rapid Antigen and RT PCR) will be mandatory for entry into the temple from January 3 and Identity cards is must for the temple servitors and employees of the SJTA.

He expressed his gratitude to servitors for their cooperation for smooth conduct of world famous Ratha Jatra of Lord Jagannath during COVID-19 pandemic. He also thanked them for their continuous support for carrying out the daily rituals of deities inside the temple since 9 months during closure of the temple.