Python trapped in fishing net rescued from pond in Odisha 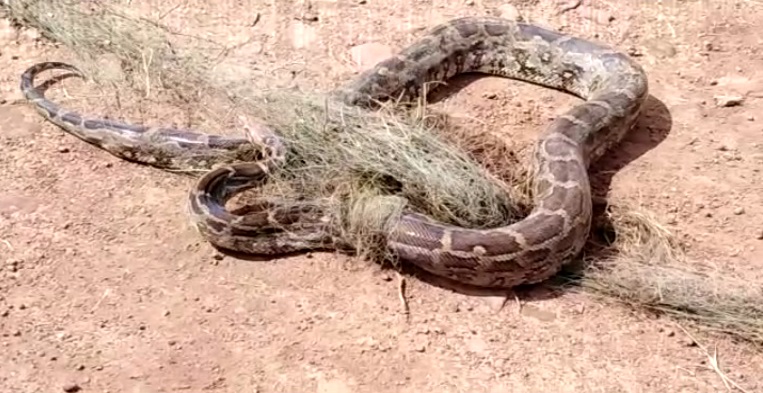 Cuttack: A 10-ft-long python trapped in a fishing net was rescued from a pond at Kakhadi village under Tangi Choudwar block in Odisha’s Cuttack district today.

According to reports, the non-venomous snake was trapped in a net laid by fishermen in the pond for fishing. The fishermen spotted the huge python struggling in the fishing net. The panicked locals immediately informed the forest officials under Khuntuni Forest Range for rescue.

On receiving information, the forest official reached the site and managed to fish the snake out of water. Later, they rescued it from the net and released it into a forest.