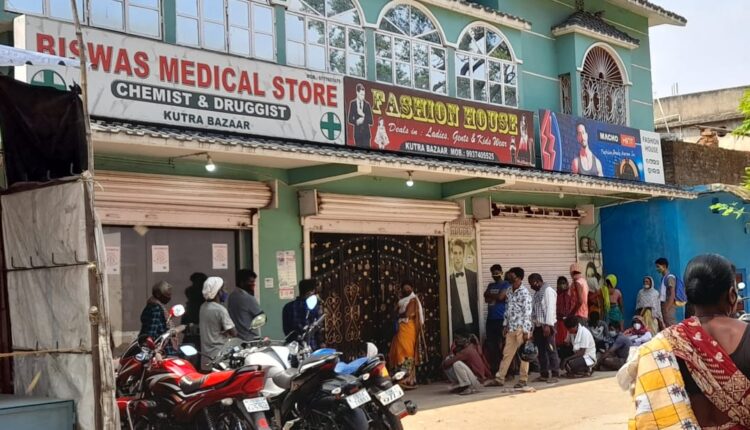 Rourkela: At a time when Sundargarh has turned out to be a COVID-19 hotspot district with rising number of positive cases reported every day, quacks continue to rule the roost in the worst affected region amidst the pandemic situation.

Claiming to be a doctor, the clinic owner, a resident of Kolkata,  is accused of providing traditional treatment to people in the area over the last 30 years.

He is also accused of admitting patients to his clinic during the prevailing COVID-19 situation. Acting on several complaints, a joint team led by Kutra police station IIC Sushant Kumar Parida and Tehsildar Rabindra Sethy conducted a raid and detained the accused.

“While rising number of people are getting infected with the disease by the day, quacks and ‘fake’ doctors are taking advantage of the crisis in rural areas of the district. Many people with flu-like symptoms like cold, cough and fever also opt to visit quacks for treatment due to lack of awareness,” said a local.

The traditional healers, instead of advising them to undergo COVID-19 test, prescribe them various medicines meant for typhoid, which is one of the reasons behind the rise in cases in the area, he alleged.