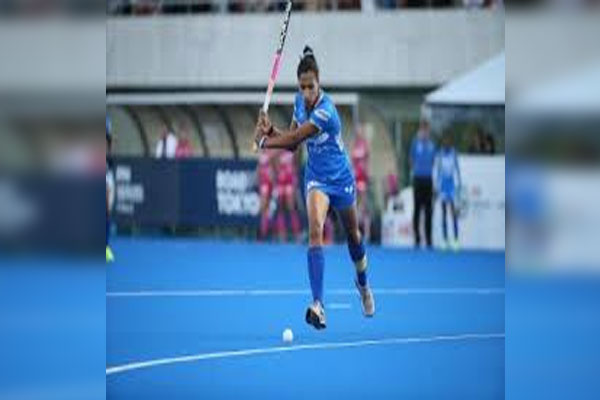 New Delhi: Indian women’s hockey team skipper Rani Rampal has insisted that the goal of her team is to win a medal in the 2020 Tokyo Olympics.

The Indian team sealed the 2020 Olympics Games berth as they defeated USA 6-5 on aggregate after the two-legged FIH Olympic Qualifier in Bhubaneswar last weekend.

The Indian eves have never been able to win a medal in the prestigious quadrennial event. In Moscow Games in 1980, the team finished fourth while in Rio Games in 2016, they finished at the 12th spot.

“We have crossed the first hurdle which was to qualify. Now we will regroup, review, analyze and there is ample time for us to prepare for the 2020 Tokyo Olympics and our goal is to win a medal,” said Rani.

Rani’s goal in the 48th minute of the second match on Saturday ensured the team will play in two back-to-back Olympics after qualifying for Rio 2016 for the first time since 1980.

The captain further said that the win at the Qualifier is yet to sink in. “I think we are still in that daze. It is yet to sink in that we have actually qualified,” admitted Rani adding that a win in the second match would have made this all the more special.

“Maybe we would have celebrated had we won the second match too. Though a win is a win, we didn’t expect things to pan out the way it did for us in the second match,” stated Rani about losing the second match 1-4 to the USA but qualified due to the aggregate, thanks to their high-scoring 5-1 victory from the first match.

Recalling the moments from the crucial match on Saturday, Rani said, it was the conversation chief coach Sjoerd Marijne had with the team during the 10-minute half-time break that changed their fortunes. The team was trailing 0-4 at half-time and a comeback at this juncture seemed far-fetched at the Kalinga Stadium.

“Sjoerd was naturally quite upset when we went inside the changing room at half-time. His emotions were evident but all he said to us was, ‘It’s not over yet. All you need to do is go back and play as if the score is 0-0.’ I think those words instilled confidence in us again. During the World Cup last year, we were 0-1 behind the USA but we scored only in the second half to draw that match,” Rani explained.

The men’s team too have secured a berth for the Tokyo Olympics after beating Russia 4-2 and 7-1 in the qualifying matches.