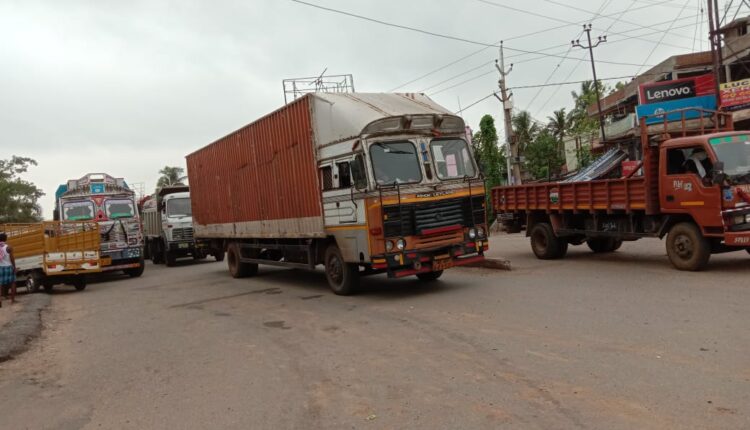 Bhadrak: More than 200 quarantined migrants blocked NH-16 in Odisha’s Bhadrak today alleging that they were not served food at the quarantine centre last night.

The road blockade affected vehicular movement severely as hundreds of vehicles, including trucks, remained stranded on both sides of the road.

According to reports, around 3400 migrants were kept at Bhadrak Government College quarantine centre after they reached Charampa railway station in the district by a special train yesterday.

However, the inmates alleged lack of basic amenities and food at the quarantine centre, and resorted to road blockade this morning. On being informed, Additional Collector reached the spot and initiated efforts to pacify the migrants.

Later, they withdrew the road blockade.

I will take care of ‘development’ in Dhamnagar: Naveen to…