Quarantines in cyclone prone areas in Odisha evacuated for Amphan 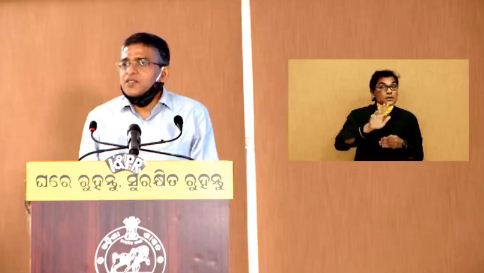 Bhubaneswar: Keeping in view the forecast of the Meteorological department about a cyclonic storm lashing Odisha, the State government today said it has already asked shifting of migrants kept at temporary medical camps (TMCs) in four districts within three kms of coastline.

Health department Additional Chief Secretary PK Mohapatra said as per the prediction of weathermen four districts, Balasore, Bhadrak, Kendrapara and Jagatsinghpur are likely to be affected by the cyclonic storm. The Collectors of the four districts, health workers and other officials have been directed to relocate the migrants kept at the TMCs within 3 km of the coastline by May 18.

Worth mentioning, Odisha migrants who return from other States are being kept in institutional quarantine in the TMCs run by Sarpanchs.

Mohapatra added the hospitals in the possible affected districts have also been asked to be prepared as per the standard protocol. The hospitals were asked to keep generators, diesel, anti-snake venom, ORS and bleaching powder ready in view of the cyclonic storm, he said.

Medical team has been formed and the State government is monitoring the situation closely, Mohapatra said.

Speaking about COVID-19 situation, Mohapatra informed at present 4,700 tests are being conducted daily and the State government is targeting to increase the number of tests to 5,000 after May 20.