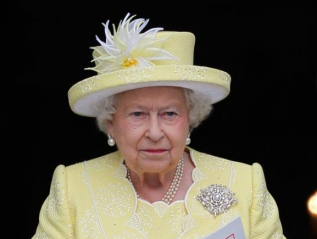 Washington: Queen Elizabeth II, who died on Thursday at Balmoral Castle in Scotland at age 96, leaves behind assets worth $88 billion of the British Monarchy as estimated in 2017. Where it now goes is the question.

The British Monarchy was valued at roughly $88 billion in 2017, according to brand valuation consultancy firm Brand Finance. The Queen’s personal wealth is closer to $500 million from investments, art, jewels and real estate, according to a 2021 estimate from Forbes.

But the queen’s true net worth has never been disclosed. The Guardian reported last year that the queen successfully lobbied the British government in the 1970s to change a draft law in order to conceal her private wealth from the public, claiming the disclosure would be embarrassing.

A spokesperson for Buckingham Palace told BBC that “any assertion that the sovereign has blocked legislation is simply incorrect”.

The castle is just one of the assets the queen leaves after 70 years on the throne. Her personal assets from investments, real estate, jewels and more have an estimated worth of $500 million, according to Forbes magazine.

The entire royal family was estimated to be worth at least $88 billion as of 2017.

The financing that makes up the wealth behind the crown is complex. Here’s a breakdown of how much her majesty was worth, where the money came from and where it may go, USA today said in a report here.

How rich was the queen? What happens to the other royals under King Charles III and his new slimmed-down monarchy? How much is the British royal family worth?

These are questions often asked not just by just Britons but engaging the minds of the populations of the world especially the commonwealth countries of which she was the head. King Charles III is now officially the new monarch and head of the commonwealth after his installation by the privy council.

Brand Finance reported in 2017 that the British Monarchy’s worth has grown “every year” since it began tracking in 2012. The $88 billion figure includes the Crown Estate, the Royal Collection (including the crown jewels) and other assets.

Who inherits the queen’s fortune? King Charles III inherits the majority of the Queen’s $500 million, according to Forbes.

How did Queen Elizabeth get the money? The royal family collects fees from The Sovereign Grant Act, a taxpayer fund that is used to maintain royal palaces and royal duties such as receptions and travel.

The Sovereign Grant for 2022 to 2023 is just under $100 million. Payments are based on profits from the Crown Estate, a property business that is owned by the monarch but runs independently, according to the BBC.

Starting in 2017, the queen began receiving 25 per cent of the Crown Estate profits from the previous two years, a deal that was set to last 10 years to help pay for the refurbishment of Buckingham Palace. The remainder of the money goes to the government.

The Crown Estate is also part of a $28 billion empire run by “The Firm,” or a group of members of the House of Windsor.

The crown holds, but cannot sell, various assets including:

The Firm, or “Monarchy PLC,” pumps hundreds of millions of pounds into the United Kingdom’s economy every year through tours of Commonwealth countries and other displays.

Prince Harry and Meghan, the Duchess of Sussex’s 2018 royal wedding, for instance, was expected to benefit the British Economy by over 1 billion pounds, according to Brand Finance.

The royal family doesn’t personally benefit from the business, but Forbes reports that they do receive other financial benefits such as free media coverage, the USA today reported.

How much money did the queen get from taxpayers?

How much property did Elizabeth own?