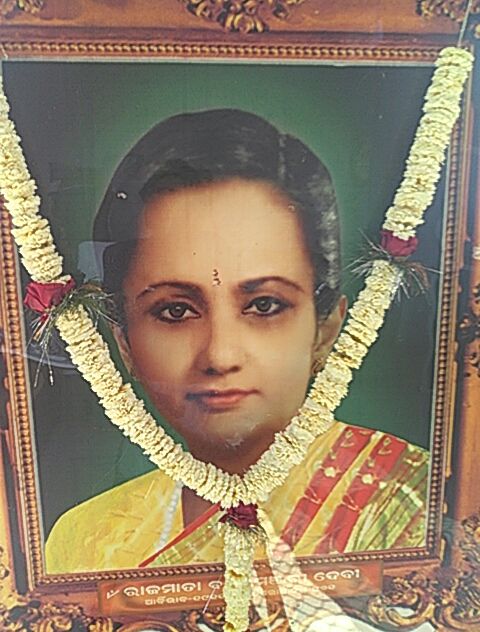 There could not have been a more unfortunate turn of events. It was the polling day at Ranpur for 1961 Vidhan Sabha elections and the Queen Mother Basant Manjari Devi who represented this constituency in 1952 and 1957 passed away the previous night.

“Please call Iswar babu, was her last request to Gangadhar Mohapatra, the then Puri District Congress President that night. “Let him do something so that I can cast my vote tomorrow before I die.”  It was about midnight on 6th June 1961 and Gangadhar Mohapatra was on the ground floor of Kerendatangi Kothi in which Basant Manjari was resting on the First floor after a tiring day of long party meetings to ensure proper polling arrangements on the following day. She started feeling uneasy around midnight and wanted Mahapatra to call Iswar Babu, the Superintendent of the nearby TB Hospital at Chandapur whom she trusted. But by the time Iswar Babu could arrive, she was no more. A detailed account of this unfortunate event has been given in the book ‘Aitihasika Pitha Ranpur’ by Gourishyam Pattanaik published in 2003.

Basanta Manjari Devi who won from Ranpur Constituency in both 1952 and 1957 elections from Congress Party had the rare honour of being the first woman to be a Minister in Odisha Cabinet. She handled the Ministry of Health with exceptional efficiency. But she was not contesting the 1961 Vidhan Sabha elections. In her place, it was Raghunath Ray from Congress Party versus Ramachandra Ram from the Communist Party of India. Although there was a third candidate in the fray from Ganatantra Parishad, the fight was primarily between Ray and Ram. Biju Patnaik was leading the Congress campaign in the state and there was lot of enthusiasm among Congress workers. Since Communists continued to have a good hold in Ranpur, Basant Manjari was leaving no stone unturned and had made it her mission to get the Congress candidate elected. It seemed that the stressful and hectic campaign had taken its toll. On the last day before the elections, when she went to rest after a busy day, she succumbed.
It took some time for her son Brajendra Chandra and daughter in law Durgesh Nandini to reach from Katak and the funeral procession started around 12 noon in Ranpur Garh on 7th June, the polling day. While polling was in progress in various booths, the funeral pyre was being lighted and the people of Ranpur Garh were rushing to the cremation ground for the last darshan of their beloved Queen Mother.
The results of this fateful election was no less surprising. It was the closest ever assembly elections from Ranpur where the winner was decided by a margin of only 5 (five) votes. The Communist candidate Ramchandra Ram was the winner. He had polled 14,053 votes out of 28,818 valid votes. Raghunath Ray from Congress Party had polled 14,048 votes and Madan Mohan Das from Ganatantra Parishad had polled 717.
In the Condolence Meeting held in front of Ranpur temple CPI candidate Ramchandra Ram had narrated an incident with Basant Manjari Devi during his election campaign. While coming in a jeep he had met the Queen Mother at Gopalpur coming from the opposite direction in a car. Seeing Ram, she stopped the car and asked him where he was going. Ram, instead of answering, asked her the same question about her visit. She smiled and while starting off blessed Ram in her usual style. “Wish you success” she said and, as luck would have it, her words came true at the end of elections.
‘Raghunath’ and ‘Ramchandra’ are two names of Lord Ram. In the fight between the two Rams in Ranpur, Ramchandra might have won the elections, but the people of Ranpur were not able to recover from the shock of losing their Queen Mother on the fateful polling day. The last chant of ‘Ram Naam Satya Hai…’ during the queen’s funeral procession was reverberating in their ears.
*The author is a columnist.
OdishaOdisha elections
Share FacebookTwitterGoogle+WhatsAppTelegramEmail