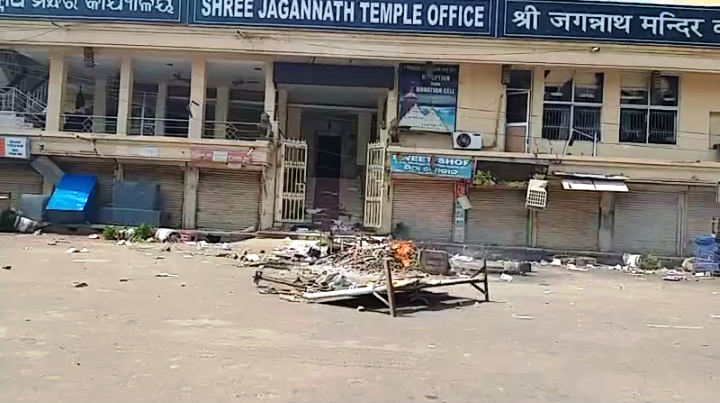 Puri: Miscreants looted cash and valuables from the office of Shree Jagannath Temple Administration (SJTA) here due to security lapses during the violent protest by Jagannath Sena members and devotees today.

Sources said while police personnel were busy tackling the violence during the 12-hour bandh against queue system at Srimandir, the miscreants looted cash, electronic items, groceries and furniture from the temple office. However, exact amount of the stolen items is yet to be ascertained. Earlier in the day, the protesters had ransacked the SJTA office damaging various property.

Besides, the district administration has called for a peace committee meeting at 5.30 PM today to restore normalcy in the pilgrim town. District Collector Jyoti Prakash Dash will chair the meeting.

Earlier, the district administration had imposed prohibitory orders under Section 144 of CrPC outside the Srimandir after protest against queue system in the centuries-old temple by Jagannath Sena activists, devotees as well as servitors took a violent turn today.

Justice Ranjan Gogoi sworn in as Chief Justice of India