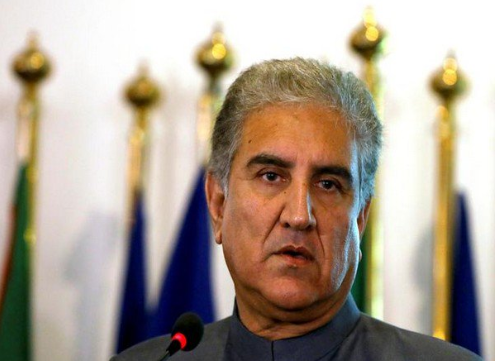 Islamabad: Pakistan Foreign Minister Shah Mehmood Qureshi on Friday announced he will not attend a meeting of the Organisation of Islamic Cooperation (OIC) in the UAE due to his Indian counterpart’s presence at the event.

India has been invited for the very first time to attend the Foreign Ministers’ conclave in Abu Dhabi on March 1-2 where External Affairs Minister Sushma Swaraj will be the “guest of honour”.

Qureshi made the announcement in a joint session of Parliament which continued on Friday amid tensions between India and Pakistan, Geo News reported.

“I have decided not to attend OIC Council of Foreign Ministers meeting in Abu Dhabi,” he said, adding that a lower-level delegation from Pakistan will attend the OIC session and the delegation will “staunchly” oppose any move to grant observer status to India at the body.

Reiterating his protest against the OIC’s decision to invite Sushma Swaraj to attend the meeting, Qureshi said he will skip the session due to the inter-governmental organisation’s failure to rescind the invitation to his Indian counterpart.

Mentioning that “the United Arab Emirates has always helped Pakistan in difficult times”, Qureshi said that despite Pakistan’s protest, the OIC’s invitation to Sushma Swaraj was not rescinded.

“There was no consultation over OIC invitation to Indian Foreign Minister. India is neither a member nor an observer of the OIC,” he said, adding that he sent two letters to the UAE calling upon the body to withdraw its invitation to the Sushma Swaraj.

Qureshi informed the Parliament that he requested the OIC to either rescind the invitation or postpone the session in view of the prevailing situation, neither of which was done.

The UAE’s Minister of Foreign Affairs and International Cooperation Sheikh Abdullah bin Zayed Al-Nahyan will inaugurate the 46th session of the OIC’s Council of Foreign Ministers, under the title “50 Years of Islamic Cooperation: Road Map for Prosperity and Development”.

OIC Secretary-General Yousef Al-Othaimeen and representatives of 56 member states and five observer states will be present at the meeting. (IANS)

Odisha: Former Malkangiri MLA back in BJD after brief stint in BJP