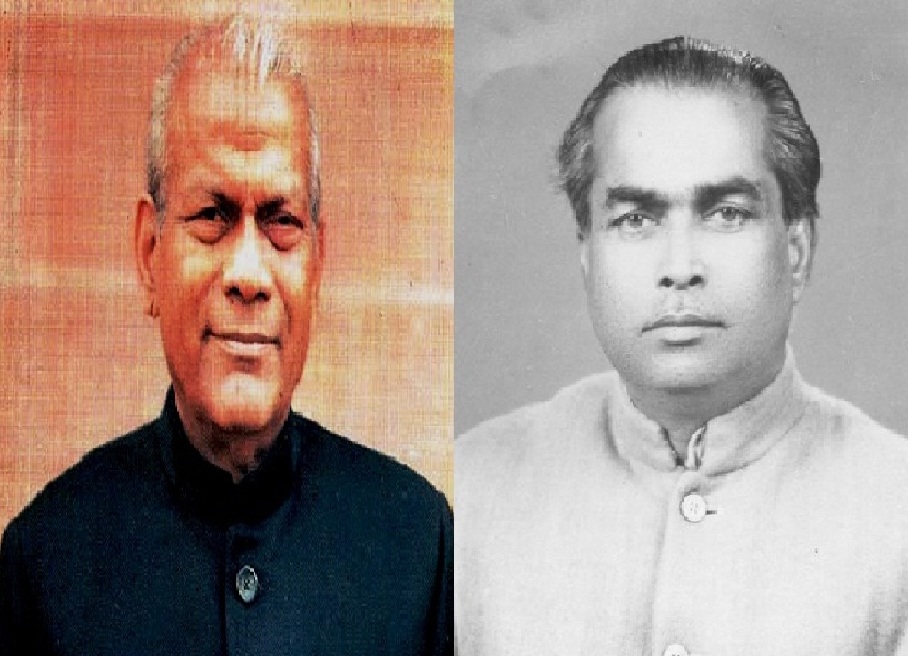 Share
By Swaraj Mishra*
Rabi Ray, the only Odia to hold the position of Lok Sabha speaker so far, faced one of the closest electoral contests of his life while fighting for Jagatsinghpur Lok Sabha seat in 1984. Curiously, in his long political career Rabi has never fought for the State Assembly any time. He has contested 6 times for Lok Sabha and once for Rajya Sabha. Out of the 3 Lok Sabha constituencies, Puri, Kendrapara and Jagatsinghpur, from which he fought, he has won once from Puri and twice from Kendrapara; but has never been able to win from Jagatsinghpur. The opponent who has defeated him twice in Jagatsinghpur is Laxman Mallik from Congress Party. But the defeat in 1984 was the closest, by a margin of less than 1000 votes.
Rabi Ray, born on  26th November 1926, was a staunch follower of Dr. Ram Manohar Lohia. Starting his career from student politics, Ray entered the election arena in 1967 when he contested from Puri Lok Sabha constituency with Sanjukt Socialist Party (SSP) ticket and won it handsomely by defeating Bibudhendra Mishra from Congress party. He was elected to Rajya Sabha in 1974 and joined Morarji Desai’s cabinet as the Minister for Health and Family Welfare during this tenure. After his Rajya Sabha term ended in 1980, he tried his luck to enter Lok Sabha by contesting from Jagatsinghpur Lok Sabha seat. It is here, he faced the major road block in the form of Laxman Mallick from INC.

The defeat in the hands of Mallick in 1980 was understandable in view of the widespread discontentment against the faction ridden Janata Dal. But Ray had done a lot of organisational work and nursed his constituency with commitment and passion to ensure a comfortable win in the next elections. The elections for the next Lok Sabha were fought in December 1984. But the situation had changed drastically following the tragic assassination of Indira Gandhi. There was a sympathy wave sweeping the country in favour of Congress. Rabi stood his ground with his hard work and principled stand to work for the poor. But the result was startlingly close.
Dr. Sulochana Das, writes in ‘Maati ru Aakash’, a biography of Rabi Ray, ” It was initially declared that Rabi Ray had won. The workers left the counting table and started celebrating. But the situation was reversed most dramatically. The final results declared officially said that Rabi Ray was defeated by a margin of 1000 votes” Ray filed an election case in the High Court and the court ordered recounting. Though a number of irregularities were noticed during recounting and the vote margin came down to around 500 votes, the requests by Ray to set aside the results was not accepted by the Honourable High Court. Since the next elections were only a year away,  Ray preferred not to go for an appeal in the Supreme Court.
When we talk about the closely fought Lok Sabha elections from Odisha, people normally remember the 1962 contest between Surendra Mohanty and Surendra Dwivedy in Kendrapara. But the 1984 Lok Sabha elections fought between Laxman Mallick of INC and Rabi Ray from Janata Dal was no less. In fact, Ray went on to become the first Lok Sabha Speaker from Odisha after winning the Kendrapara Lok Sabha seat in 1989 and made the entire State proud.
Related Posts

Odisha on alert after Maoist attack in neighbouring Chhattisgarh