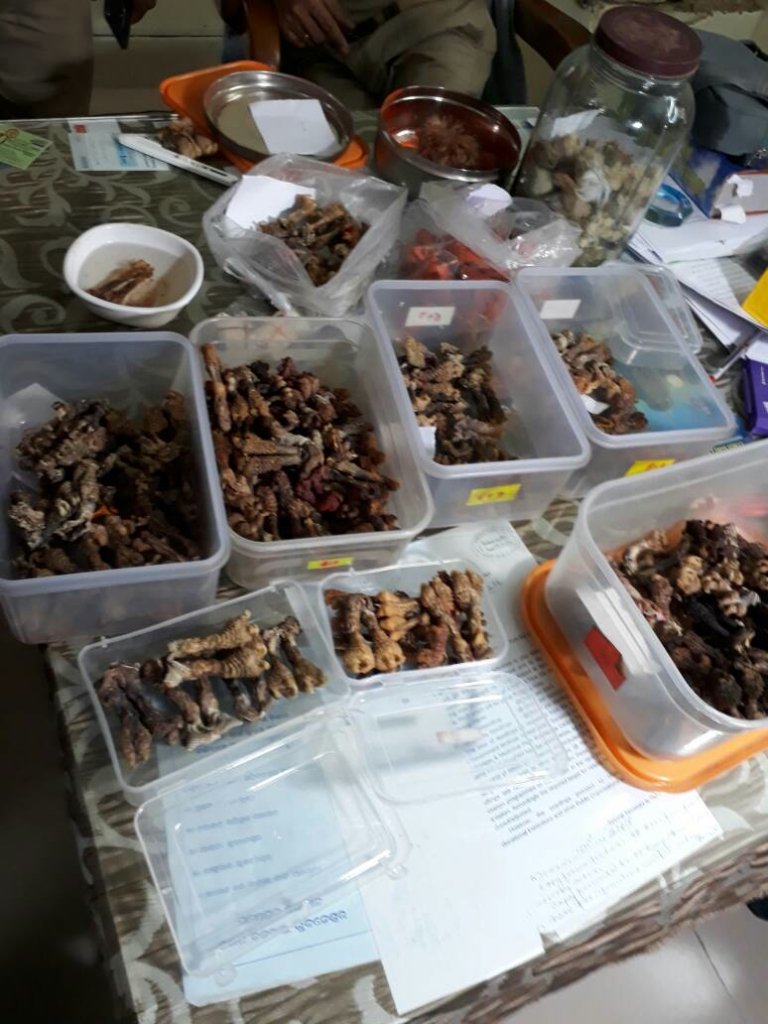 While Chintan Joshi, the mastermind of the racket has been detained, body parts of over 400 monitor lizards have been seized during the raid, Crime Branch sources said.

As many as 210 dried hemipenes (sexual organs) of monitor lizards have been seized during the joint raid Crime Branch Special DGP Bijay Kumar Sharma tweeted.

Wildlife Crime Cell of Crime Branch which is investigating the matter has registered a case under Wildlife Protection Act, 1972, he added.

The racket’s network extended to places as far as Ahmedabad from Odisha. The racket operated its business online through hathajodi.com and allegedly used to sell body parts of monitors for prices ranging from Rs 300 to Rs 15,000, sources revealed.

Sources said it was the Wildlife Crime Control Bureau (WCCB) which had first identified the racket and had alerted the Crime Branch.

Notably, monitor lizards are listed under schedule 1 of the Wildlife Protection Act, 1972.