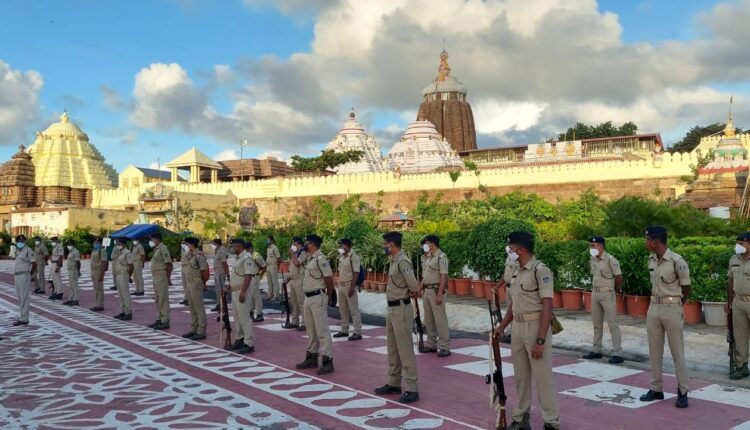 Puri: Police busted a racket issuing fake Covid negative report for entry into Srimandir in pilgrim town Puri and arrested 12 persons including the mastermind and 4 devotees in this connection.

The fake RT-PCR reports were used for getting permission to enter into the shrine, Puri Police informed today.

Three separate cases have been registered in this connection — two at the Singhadwar Police Station and one at the Kumbharpada Police Station under relevant sections of law in last 12 days.

Without revealing names, Puri Police revealed the identities of accused persons involved in using fake RT-PCR certificates for entry into the Jagannath Temple.

Of 4 persons arrested in illegal act, two are devotees from Madhya Pradesh. Another two accused persons hail from Puri district. One more accused in the case is absconding, a press note issued by Puri Police stated today.

In second case registered at the Kumbharpada PS on September 6 this year, three accused persons were arrested under sections 465/471/120(B)/34 of IPC. Of three, one is a devotee haling from neighbouring State Chhattisgarh. He is accused of using fake RT-PCR report. Two others belong to Puri. They allegedly aided in obtaining fake RT-PCR report.

Similarly, five persons were nabbed in a case registered at the Singhadwar PS under sections 465/471/120(B)/34 of IPC on September 8, 2021. Of them, one is a devotee from Angul district. He is accused of using fake RT-PCR test report. Four others including mastermind of a gang and prime accused hail from Puri district.

During course of investigation, the police seized incriminating articles including computer used for issuing fake RT-PCR certificates to devotees.

Further probe into the cases is underway and more arrests are likely in coming days.

The Puri Police appealed to all devotees not to indulge in such malpractices when visiting the pilgrim town for darshan of Lord Jagannath.