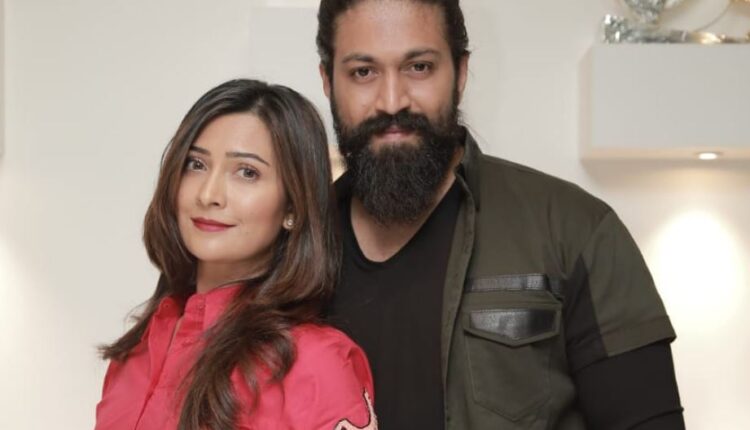 The celebrity couple, especially Radhika, shares family photos (including her children Ayra and Atharv) on many occasions. Both have a huge social media fan following.

This time, the ‘Love Guru’ and ‘Mr and Mrs Ramachari’ star has not only shared the picture, but also added a caption that warmed the hearts of the couple’s fans. “I read somewhere that, ‘A good painter needs only three colours: Black, White and Red.”

The picture has got 2.69 lakh likes almost instantaneously and many more people are loving it. After the record-shattering success of ‘KGF: Chapter 2’, Yash has been spending quality time with his family, though there’s much anticipation about his upcoming projects.