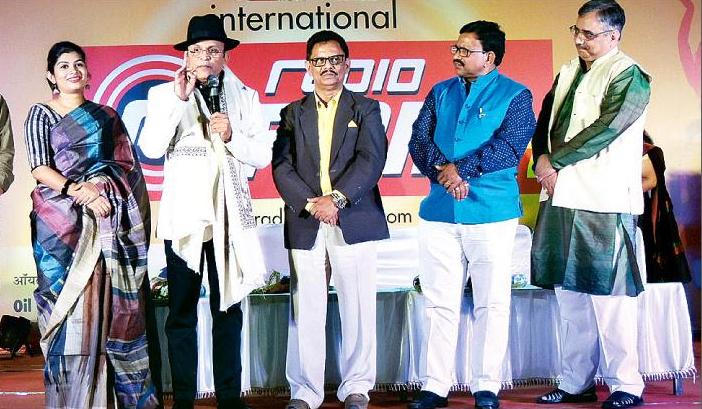 As sweet voice, interesting topic and good thoughts hold the attention of listeners, the Radio Presenter should speak the language of love, he said attending the event as the Chief Guest.

Attending the event organised by Outreach and chaired by Prasar Bharati NBM Director Dipak Samantray at Exhibition Ground, former All India Radio news anchor Akhil Mittal said that the identity of the radio station is its voice. The true meaning of radio is entertainment, outreach, discussion, counterviews; provide information and getting feedbacks from listeners.

There is a need for such fair where both the radio listeners and officials can join together, said Eastern Media Limited Executive Director Tanaya Patnaik.

The three-day event witnessed an overwhelming response from the visitors on the first day. Around 37 stalls have been opened at the ground this year showcasing at least 350 varieties of radios including Kolkata’s Ham Radio, Teheran Radio and Bengaluru Basil Radio.

Notably, the online radio (an app) is scheduled to go on air today.

This Odia food delivery service is making life easy in…