Ragging at Berhampur’s Binayak Acharya College: All five accused students to be rusticated 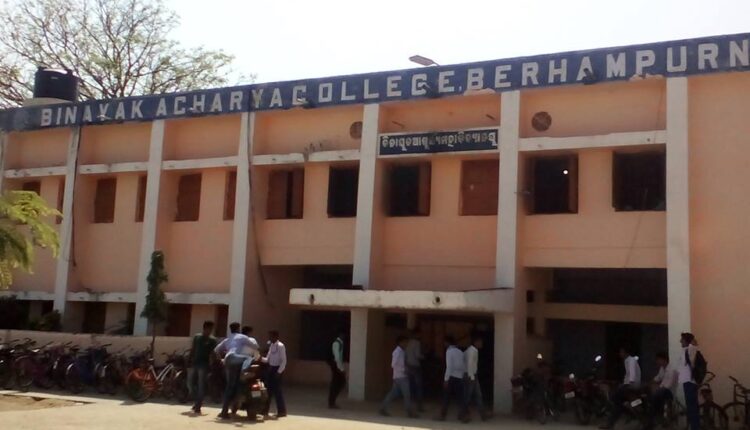 Berhampur: Taking stringent action in connection with the ragging incident at Binayak Acharya Government College here in Odisha’s Ganjam district, the authorities of the educational institution have decided to rusticate all five accused students.

The Badabazar police had arrested two students in the case and detained three others, who are minors, for questioning.

Police had recommended the college authorities to rusticate the duo and initiate disciplinary action against the minor students.

The arrested accused have been identified as Abhishek Nahak (24) and Bablu Panda (18) of Haridakhandi area here.

A video of a +2 First Year girl student being ragged by them had surfaced on social media and gone viral.

In the video, the accused were seen abusing the girl besides snatching her bag and mobile phone. One of the accused was also seen kissing her hand in front of other students of the college.

On the basis of the viral video, police carried out investigation and apprehended the accused students.

Abhishek was earlier arrested by Badabazar police in an assault case in March, this year.