Ragging at JSS College in Noida: Student beaten by seniors for not calling them ‘sir’ 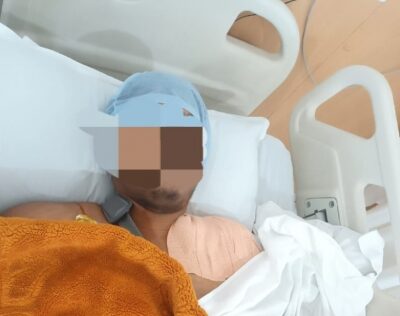 Noida: A case of ragging has come to the fore in a Noida college, where a student was brutally thrashed by the seniors resulting to fracture of his shoulder bone.

The incident was reported from JSS College located under Sector 58 police station area.

It was learnt that the victim student was allegedly beaten by his seniors for not calling them ‘sir’ and not completing an ‘assignment’.

The victim is admitted to a hospital following his injury and an investigation was launched after police received a complaint about the matter.

The police, in its investigation, found that the senior students of third year were ragging the juniors for not doing ‘assignments’ and not calling them ‘sir’.

The victim student was beaten so brutally that his shoulder bone got fractured from five places.

A case has been registered in the matter at Sector 58 Police Station and on the basis of the police report, the college management has suspended all the four involved in the ‘ragging’. A police team has been constituted to arrest the accused.

The police have said that accused will be arrested soon and necessary action will be taken against them.