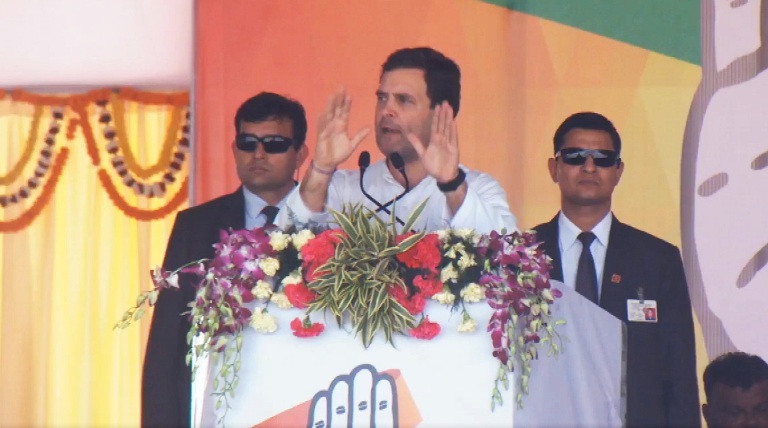 He assured that his party will give employment to youth once it comes to power in Odisha.

“While the Chinese government creates employment opportunities for 50,000 youth in 24 hours, Narendra Modi and Naveen Patnaik combined could give employment to only 450 youths in 24 hours,” Gandhi told his rally at Rourkela.

He said youths were forced to migrate to different states in search of work as there were no job opportunities in Odisha.

The Congress leader also criticised the Prime Minister for not fulfilling his promise of providing two crore jobs per year to the youth.

“When we come to power, our Chief Minister will work towards giving employment to the people of Odisha. The government will be for the poor.”

Gandhi also alleged that many leaders of the ruling Biju Janata Dal were involved in chit fund scams in Odisha.

“The Odisha government is not operating from the state, Narendra Modi is running it through remote (control) from Delhi,” he said.

Gandhi also hit out at Modi for failing to fulfil the election promise and upgrade the Ispat General Hospital in Rourkela to a super-speciality hospital and construct a second bridge over Brahmani river.

“Did Modiji keep his promise of a second Brahmani bridge in Rourkela? Did he build a super-speciality hospital in Rourkela?” he asked.

He said Congress workers from Odisha gave a message to Modi by raising Rs 20 lakh for the super-speciality hospital which had remained an unfulfilled promise.

Odisha: Youth arrested for cheating women on pretext of marriage