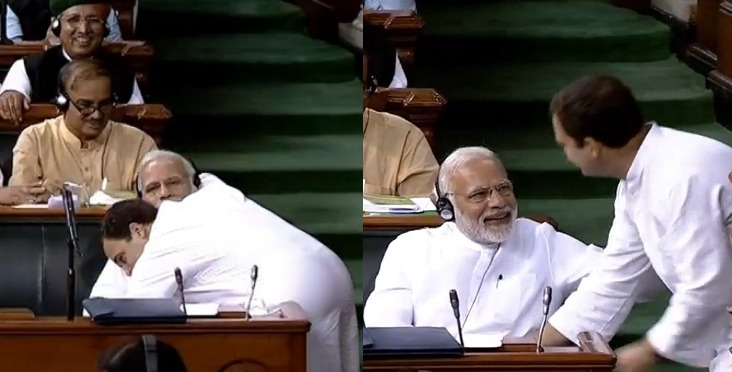 New Delhi: Congress President Rahul Gandhi on Friday took everyone in the Lok Sabha by surprise when he went and hugged Prime Minister Narendra Modi after tearing into the BJP-led government during the no confidence motion.

“I have not an iota of hatred or hard feelings against you. You hate me, I maybe ‘Pappu’ for you. But I love you and respect you because I am the Congress,” Gandhi said at the end of his fiery speech.

He then walked across to the ruling benches and hugged Modi who was also taken by surprise.

The Prime Minister, a little taken aback at first, called Gandhi back and shook hands with him with a pat on his back. The two exchanged some words.

As the opposition members gave Gandhi a standing ovation and thumped their desks, Speaker Sumitra Mahajan said such conduct was against the rules of the House.