Rahul, Shah to heat up poll campaign in Odisha on April 9 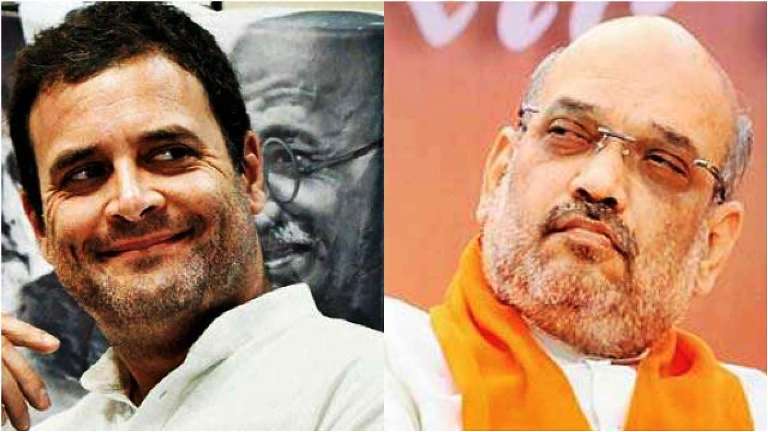 Bhubaneswar: A high voltage campaign will shoot up the poll fever in Odisha with two heavyweights of BJP and Congress from the Centre scheduled to visit the State to attend rallies on April 9.

It may be mentioned here that April 9 is the last date of campaigning for the first phase polls in Odisha scheduled to be held on April 11.

While BJP national president Amit Shah is scheduled to visit the State on April 9, his Congress counterpart Rahul Gandhi is likely to visit south Odisha to campaign for the party candidates on the same day. Odisha Pradesh Congress Committee (OPCC) president Niranjan Patnaik informed this today. Party sources said Rahul is likely to attend a public meeting at Digapahandi in Ganjam district on the day.

Amit Shah will take out a roadshow from Singha Dwara of Srimandir to Badasankha in Puri on April 9, party sources said.