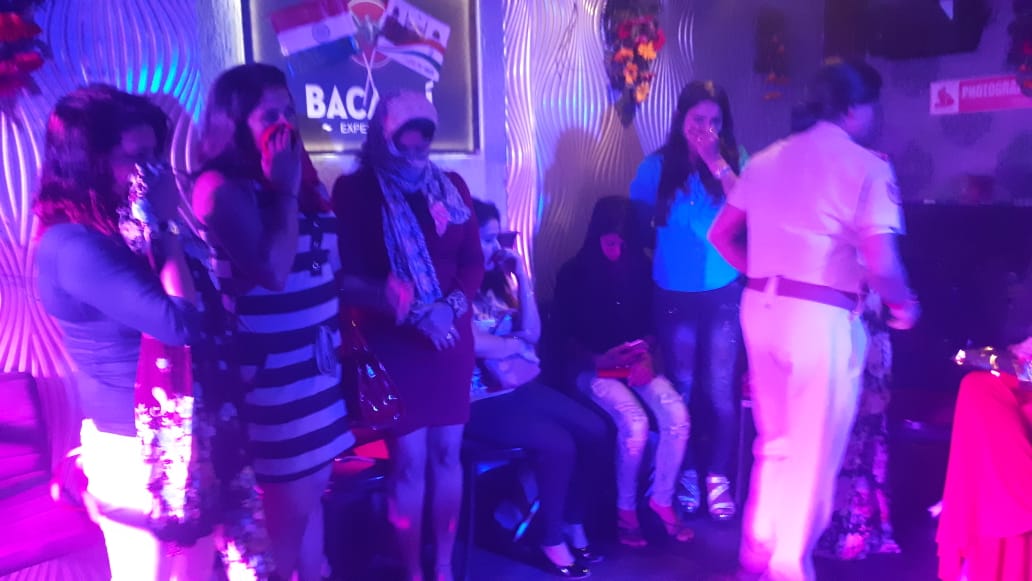 Bhubaneswar: Three dance bars allegedly being run without permission in Odisha capital were raided by the Commissionerate Police on Saturday night.

Six girls were rescued from the spot.

According to sources, the Quick Action Team (QAT) of the Commissionerate Police conducted surprise raids at two dance bars on Cuttack road under Laxmisagar police limits and one in Bapuji Nagar under Capital police station.

The QAT team raided Deepali International, Rain The Club on Cuttack road and Koshish bar in Bapuji Nagar. The police found these bars were operating and employing bar girls without having necessary license, sources added.

Police personnel who raided the bars, found skimpily clad women dancing in front of the customers. This is a blatant violation of permitted norms and guidelines.

The police said Section 25 of the Odisha Excise Act bars the employment of children or women by licensed vendors in an area in which liquor is consumed by the public.

A number of bars in the city have allegedly engaged brought women dancers from West Benagl and other states to attract more customers. This has also led to women being exposed to drunk brawls in the recent past.

Sources revealed though there was no entry fee in these bars, they charge more compared to other bar-cum-restaurants in the city.

In 2014, the excise department had served notices to six bars in the city after a surprise raid revealed that these had employed women as dancers.