Rail connectivity to Odisha’s Nayagarh by May 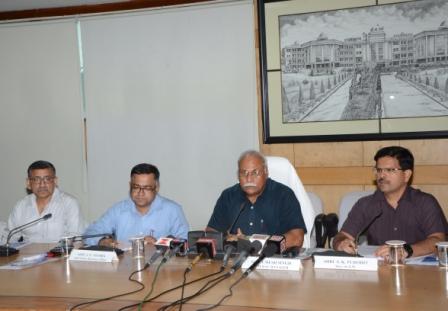 Work from Bolangir end of the project has already been started and Bolgarh passenger halt will be completed soon, he added during his interaction with reporters at the Rail Sadan here today.

Highlighting progress of different works of this zone, Singh said that Odisha has received the highest budgetary allocation of Rs 5102 crore in 2017-18.

Work is in progress at Narla Road for the Electric Loco POH Workshop and for freight maintenance facility at Maneswar, he added.

As a part of green initiatives 3294 nos of bio-toilets have been fitted in 895 coaches to maintain cleanliness at stations and tracks and ten trains (connecting Puri with other religious places like Rameswaram and Dwarika) have been converted into green trains with zero discharge, the ECoR GM stated.

Man beaten to death over liquor consumption in Odisha