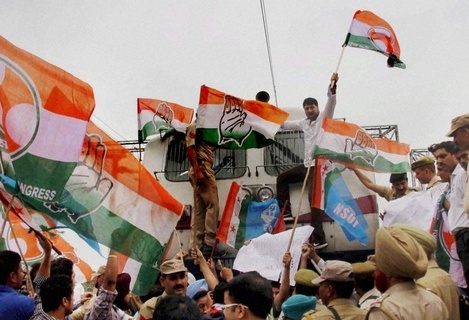 Extending the party’s support to the six-hour protest, Odisha Congress President Niranjan Patnaik has written to the district presidents asking them to make the programme successful in respective districts.

“Narendra Modi-led Union Government is sole responsible for price rise of essential commodities, increasing unemployment, atrocity on tribals, dalits and minorities across the country,” Patnaik said in a statement yesterday.

He appealed to Congress leadership, party MPs, MLAs, ex-MPs, ex-MLAs and workers to join the protest scheduled on Monday.

The Bhartiya Kisan Union (BKU) has called for a ‘rail roko’ protest for six hours on October 18 to condemn Lakhimpur Kheri violence in which four farmers were allegedly mowed down by a vehicle belonging to Union Minister Ajay Mishra’s son Ashish Mishra this month.

Demanding dismissal of Ajay Mishra, BKU leader Rakesh Tikait said a fair probe in the case is not possible if the accused person’s father continues to hold the chair.

Ashish Mishra is accused of being present in the vehicle that ran over the farmers during protest on October 3 in Lakhimpur Kheri of Uttar Pradesh. Last week, he was arrested in connection with the case.

The farmer leader threatened that the protest will intensify if Ajay Mishra is not removed from his post.