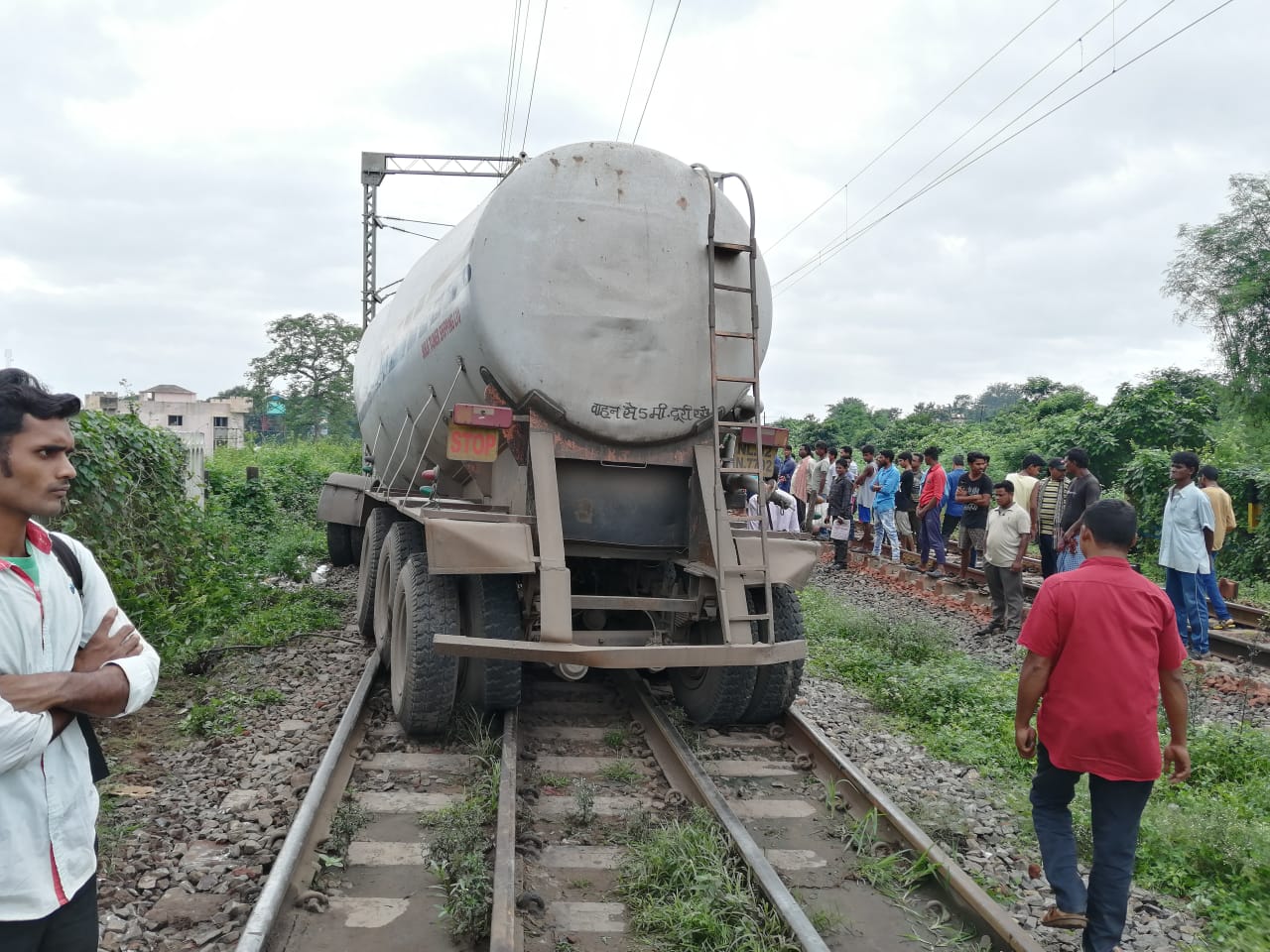 Rayagada: Railway traffic was disrupted in Odisha after a tanker truck rammed into railway track near a level crossing at Muniguda in Rayagada district this morning.

A major mishap was averted as there was no train during the period.

According to reports, the alumina-laden truck rammed into the railway track after the driver lost control over the steering of the vehicle near the railway crossing.

The railway services were hit as movement of trains were reported halted from both directions on Muniguda route.

Sources said that Bilaspur-Tirupati Express and Gandhidham-Puri Weekly Superfast Express were stranded due to the incident.