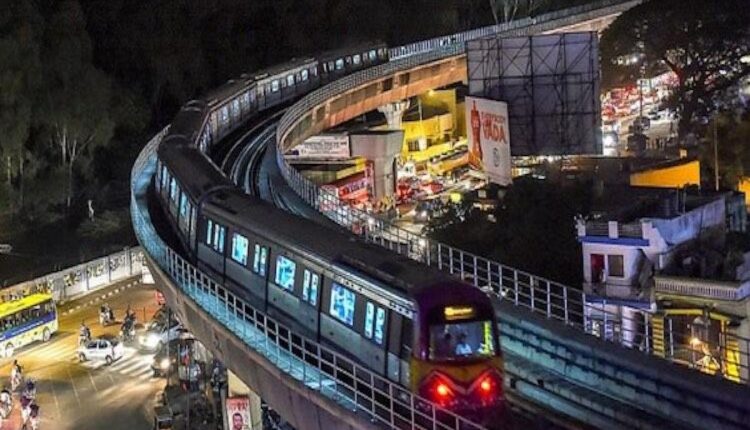 Bhubaneswar: Finance Minister Nirmala Sitharaman today announced to provide metro-like railway services in tier-2 cities of the country in the Union Budget for 2021-22.

“Two technologies — MetroLite and Metro New — will be deployed to provide metro rail systems in tier 2 cities and peripheral areas of tier 1 cities, at much lesser cost, with same experience, convenience and safety, Sitharaman said in her budget speech.

Presenting the Union Budget for the year 2021-22, the FM announced a new National Railway Plan for India 2030 to create a ‘future ready’ Railway system.

“Indian Railways has prepared a National Rail Plan for India 2030. The plan is to create a future-ready railways system by 2030 – bringing down logistic cost for industry to enable Make in India,” she said in the Parliament.

She said that the Railways have been severely affected in 2020 due to outbreak of COVID-19. The pandemic disrupted the railway services for a few months.

She also proposed a record sum of Rs 1,10,055 crore for Indian Railways of which Rs 1,07,100 crore is for Capital Expenditure only.

In her budget speech, she said that Centre is planning to bring down the logistic cost for the industry to promote Atmanirbhar Bharat. Various safety measures undertaken in past years by the Ministry of Railways have borne results. To further strengthen, high-density network and highly utilised network routes of Railways will be provided with indigenously developed automatic train protection system that eliminates train collision due to human error:

She said that the Ministry is also planning for 100% electrification of the broad gauge network by December 2023.

Offering more services to passengers, she said that the new Vistadome LHB coaches will be attached to trains on tourist routes to enhance comfort.

While presenting the budget, she also announced the extension of Eastern Dedicated Freight Corridor (EDFC) by 538 km from Sonnagar to Dankuni, for which the Railways have already acquired 93 per cent land for the Sonnagar-Gomoh and 86 per cent land for Gomoh-Dankuni section. The Sonnagar-Gomoh section of 263 km on EDFC will be taken up in PPP mode this year. The Gomoh-Dankuni section of 274.3 km will also be taken up shortly.

She said that the detailed project report (DPR) of proposed dedicated freight corridors will be undertaken in the first phase.

The proposed corridors will provide connectivity to Paradeep, Dhamra, Gopalpur ports in Odisha and Vishakhapatnam, Gangavaram, Kakinada, Krishnapatnam and Machhalipatanam ports in Andhra Pradesh, ensuring faster movement of goods and capacity enhancement in the over-saturated sections of the railway network.

The proposed Kharagpur-Vijayawada corridor will pass through Odisha’s Kalinganagar Industrial area in Jajpur district, connecting it with southern India.

By then, the Kalinganagar Industrial area will by already be connected with the western part of the country through the Eastern Dedicated Freight Corridor.

Meanwhile, Odisha’s Angul Industrial area will get an impetus with the new East-West corridor, connecting it to the western part of the country as well as the coal belts in the east.

The 3,373 km Eastern and Western DFCs aims at augmenting rail transport capacity to meet the growing requirement of movement of goods by segregating freight from passenger traffic.