Railway Heritage Museum to be built in Odisha’s Baripada 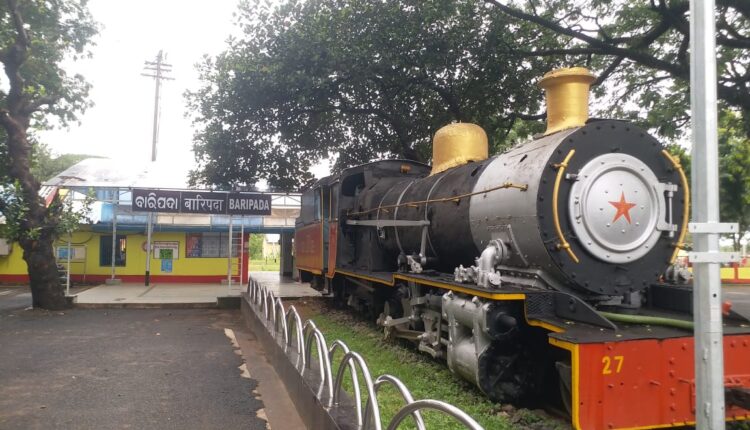 Baripada: In an initiative to recount and preserve glorious history of Mayurbhanj kingdom, the Ministry of Railways has decided to build a heritage museum at Baripada Railway Station.

In this regard, the East Coast Railway (ECoR) has begun a tender process costs over Rs 1 crore.

The proposed museum will display two steam engines placed in front of the Baripada Railway Station, train compartments as well as the history Mayurbhanj monarchy, one of the princely states of India during British regime.

The Baripada Railway Station, which is more than a century old, still carries the majesty of the British rule. It shows the rich history and contribution of Mayurbhanj King towards development of kingdom.

The Rupsa-Baripada-Bangriposi Narrow Gauge line was introduced by the erstwhile ruler of Mayurbhanj, Maharaja Sriram Chandra Bhanj Deo. The first section of 52 km from Rupsa to Baripada was inaugurated on January 20 in the year 1905.

An agreement was inked between the King and then Bengal Nagpur Railway (now South Eastern Railway) on December 2, 1918, for expansion of 9.5 km railway from Bangiriposi to Talabandha. The project was completed on July 15, 1920.

Even after merger of Mayurbhanj with Odisha on January 1, 1949, the railway section in Baripada remained neglected. The Rupsa-Bangiriposi Narrow Gauge line constructed by the King of Mayurbhanj took more than 100 years to be transformed into the broad-gauge railway. The track got transformation to broad gauge line on December 17, 2005.

15 years after the transformation, the Ministry of Railway decided to construct a railway heritage museum at the Baripada Railway Station.