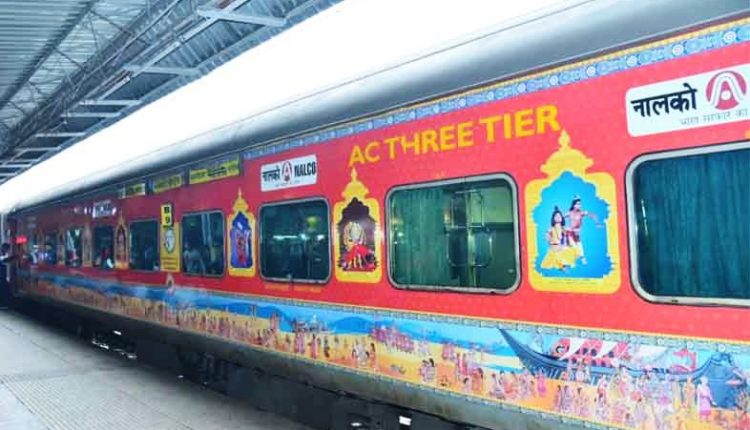 New Delhi: Three railway staffers on board the Delhi-Bhubaneswar Rajdhani Express, who came in contact with a COVID-19 positive passenger, have been asked to quarantine themselves, a senior official of East Coast Railway said on Tuesday.

Odisha’s first COVID-19 positive man came in contact with at least 129 people during his journey by train from New Delhi and after his arrival in Bhubaneswar on March 11.

The 33-year-old man, a researcher at Università degli Studi di Milano in Italy, was admitted to the Capital Hospital in Bhubaneswar last Saturday. His swab test report late on Sunday night showed positive for novel coronavirus.

Three ticket examiners, who are railway employees, along with a bedroll staffer and two catering staff — who are contractual employees — have been sent on self quarantine, the official said.

“They have been asked to be self quarantined and instructed to report to the railway medical authority in case they develop symptoms,” said J P Mishra, spokesperson, East Coast Railway.

Mishra said it was “pure luck” that the coach in which the infected patient was travelling was detached at Bhubaneswar for routine maintenance work, thus restricting the possibility of the virus spreading on the return journey.

“So, it was lucky that no passenger travelled in the same coach as the COVID-19 patient from Bhubaneshwar to Delhi,” he said.

The official said the railways has already provided details of 72 passengers who travelled in the same coach as the COVID-19 positive patient to the authorities.

The government has identified 53 people, including the doctor and staff of a private clinic visited by the patient who have all been suggested home quarantine as a precautionary measure, state government officials said.

The number of confirmed coronavirus cases in the country rose to 126 according to the Union health ministry.