Railways to showcase Puri station in Odisha during Ratha Jatra 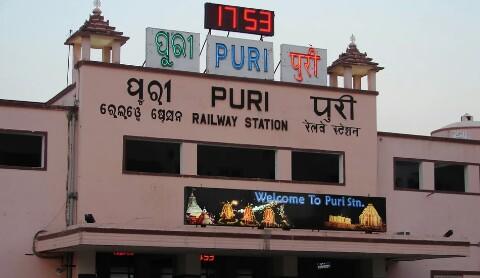 Bhubaneswar: Come July 14 (Ratha Jatra), Puri railway station in Odisha will be at its cleanest best and can give all passengers alighting at the station a positive and happy feeling.

The East Coast Railways (ECoR) today decided to showcase the Puri station as an epitome of cleanliness during the mega festival.

This decision was taken during a coordination meeting chaired by ECoR General Manager Umesh Singh. It is part of the Centre’s Swachh Bharat scheme, an official release said.

As per the decision, the ECoR will use all its resources to ensure the railways establishment in Puri, including the station, as an epitome of cleaniness.

The railway station should give a very positive feeling to all pilgrims and tourists arriving at the station. Singh instructed all senior officials of Railways to make sure that sanitation and hygiene receive the highest priority at Puri station during Ratha Jatra. “Let it be enshrined as our commitment to the passengers,” he added.

Normally, Railways take care of passenger security, train safety and punctuality of trains during the car festival but this year the national transporter has laid emphasis on sanitation and hygiene. “This is indeed a tough challange, but Railways is prepared to take up this challenge,” Singh said.

The ECoR, for the first time, will deploy a truck-mounted accident relief vehicle (Road ARV) which can quickly reach any point at the station in case there is any requirement of the same for relief and restoration works.

This aparat, the GM also reviewed security arrangements in station and stressed upon proper management by RPF and GRP. Extra CCTV cameras would be installed at crucial points. He said punctuality of all incoming trains will be monitored from originating point itself.

Keeping in mind most of the people from different parts of the country come to Puri by trains during Ratha Jatra, the Railways have already announced 184 special trains to run in addition to the normal trains scheduled. Sources said the ECoR will announce six more trains to handle the huge crowd during the nine-day festival.