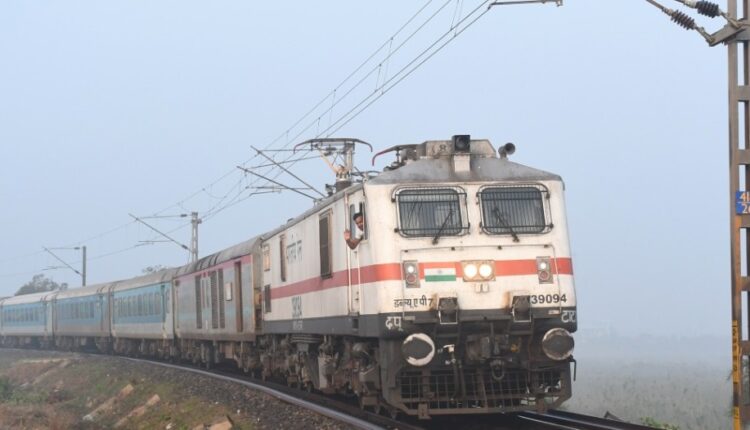 New Delhi: The Central government on Sunday said it has an extensive plan to upgrade Indian Railways network to high speed potential.

In the run up, Railway Ministry Spokesperson D.J. Narain said that air conditioned coaches have become a technical necessity wherever the speed of the train is going to be above 130 kmph.

“Track on golden Quadrilateral and Diagonals are being upgraded to cater to speed of 130 km to 160 km per hour. Non AC sleeper coaches would be replaced by AC coaches only for such trains which will be running at 130 or 160 kmph.

AC coaches are essentially a technical need for trains running on 130 or 160 kmph,” Narain said.

“Speed potential of some of the corridors have already been upgraded to 130 kmph. Wind and weather factors demand that only certain type of coaches can run at higher speed.

It is therefore not to be miss construed that all the non-AC coaches will be made into AC coaches.”

A prototype of AC Coach at Rail Coach Factory (RCF) is being made and that should be ready in a few weeks, the official said.

“Presently, an 83 berth coach is being designed. It is planned to have 100 coaches this year and 200 next year. The coaches will be evaluated and experience gained from the running of these coaches will lead to further progress.”

Needless to say, the official mentioned, modified AC coaches will come in place of non AC coaches in the trains running at 130 or 160 kmph and that too because of technical and comfort necessity.

“Non AC coaches will continue to run in trains running at 110 kmph.”

It will ensure that while the price of tickets of modified AC coaches remain very affordable for the passengers, the comfort and conveniences increase manifold and there is substantial reduction in travel time.Reiterating that “all non AC coaches are not going to be replaced”, the official said very miniscule numbers are being planned only for future trains which would run those sectors having running speeds of 130 kms per hour and above.

“Presently, only Delhi Mumbai Delhi Howrah sections are getting geared up for that. Travel will be made convenient, faster and more comfortable for many more number of travellers at very very affordably priced tickets,” he added.