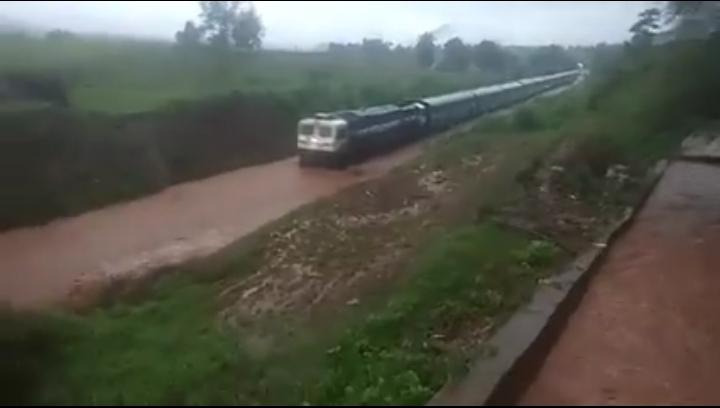 Koraput: The incessant rain since last night worsened the situation across Odisha. The people were stranded and movement of trains was hit due to heavy rain.

The railway services were disrupted in southern districts as the water was running on the railway tracks.

The landslide affected the train services between Rayagada-Koraput and Rauli-Leliguma.

The Bhubaneswar-Jagdalpur Hirakhand Express was halted at Bhalumuska Railway Station at 8.00 am in Tumbhitarai village in Rayagada district. Later, it departed the station at around 12.00 pm.

According to IMD, a well-marked low pressure is likely to trigger heavy rainfall in next 24 hours in the State.

Chief Minister Naveen Patnaik today reviewed the situation and directed the officials to take necessary steps to tackle the situation created due to heavy rain across Odisha.