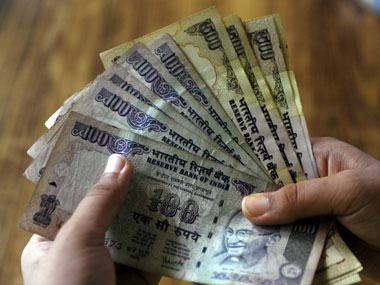 Reserve Bank of India Governor Raghuram Rajan on Monday called for manageable and sustainable credit expansion in the country, saying all avenues for this should be explored.

Rajan underlined the need for building new institutions in rural areas to ease access to credit. He was also in favour of exploring the possibility of banks working with money lenders while addressing concerns associated with such an arrangement.

He was speaking at the national seminar on ‘equity, access and inclusion — transforming rural India through financial inclusion’ at the National Institute of Rural Development here.

During the question-answer session after his inaugural address, Rajan said as credit to GDP ratio is about 50 per cent “which is significantly below where it could be even for an emerging market”.

The RBI governor pointed out that number of emerging markets have credit to GDP ratios of 100 to 120 per cent. China is closer to 150 per cent.

“We need to find ways to expand credit without the over indebtedness, the over borrowing as well as the pains associated with it. We are working on different ways to do it,” he said.

When asked if banks should join hands with money lenders in order to encourage financial inclusion, Rajan said it was certainly worth exploring to the extent that it can provide credit for reasonable prices without the extralegal recovery mechanisms that sometimes moneylenders are accused of using.

On cooperative bank system, Rajan explained it as a corner stone of the financial system, saying it reaches parts of the country which other financial institutions do not reach.

Replying to a question about micro-finance institutions, Rajan said they were providing valuable services in different parts of the country.

With the advent of small finance banks, there was possibility of successful micro-finance institutions to migrating into banking form and thereby getting access to cheaper finance by which they continue their activity on broader scale, Rajan said.

“The idea is not that micro finance institutions get small bank license and abandon their primary activity but they now have the ability to expand them and pass on benefits of cheap financing to their customers,” Rajan added.

Earlier, in his address the RBI governor said in the foreseeable future, “we will bring formal financial services to every Indian who wants them”.

“The country has come a long way in the process of financial inclusion, but still has a way to go. We are steadily moving from mandates, subsidies, and reliance on the public sector banks for inclusion to creating enabling frameworks that make it attractive for all financial institutions to target the excluded, even while the interests of the excluded are protected through education, competition and regulation,” he said.

Rajan said the RBI was working on five issues in managing the process and trying to simplify them — know your customer requirements, encouraging competition to prevent exploitation, ensuring some flexibility and forgiveness in financial arrangements, the need for skilling, support and encouraging financial literacy and ensuring consumer protection.

Stating that the imperative for financial inclusion is both, moral as well as one based on economic efficiency, Rajan said that if everyone had the tools and resources to better themselves, it would increase output, growth, and economic prosperity.

He was of the view that local financial institutions, with control and staffed by knowledgeable people, could be more effective at providing financial services to the excluded. (IANS)

Croc gets entangled in fishing net in Odisha’s Paradip

‘RBI to soon come up with scheme for Yes Bank…

Yes Bank shares fall lowest in a decade, SBI down 6%