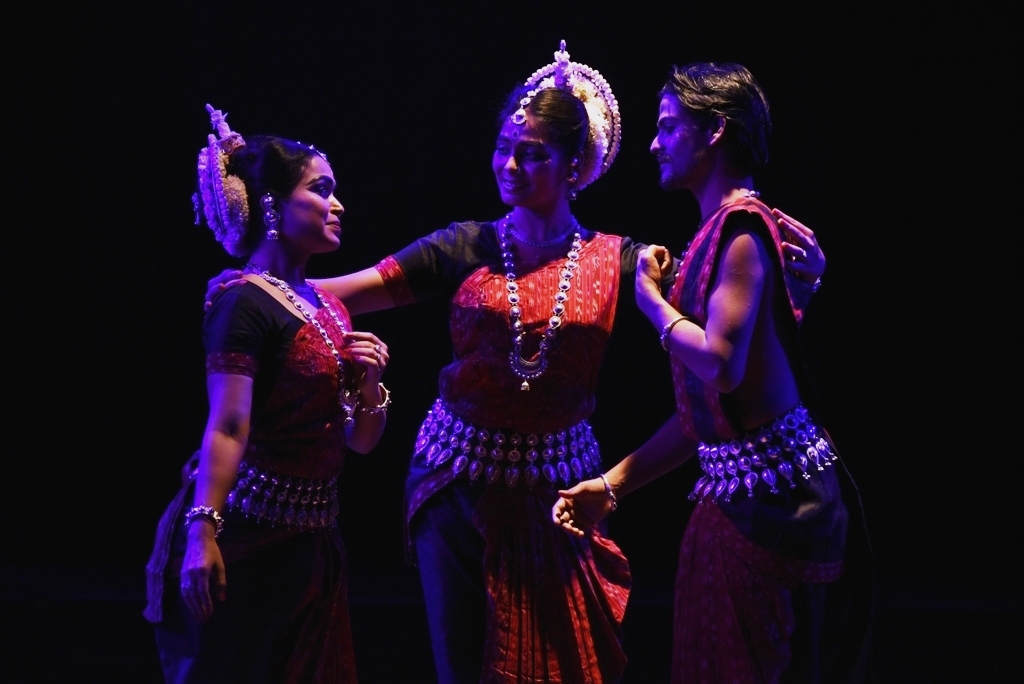 Bhubaneswar: Odissi danseuse Rajashri Praharaj spells magic with her deft footwork and graceful movement. The recent presentation ‘Tyaga’, based on the moving tale of ‘Lakhyaheera’ written by noted dramatist Kartik Ghosh, was no different.

The story about two self-sacrificing and devoted women, beautifully portrayed by Rajashri and her troupe of eight and heightened by cinematic effects unique to Srjan’s production, had the audience glued to their seats.

“We always try to experiment with something new in every production of ours. This time, we incorporated the techniques of geetinatya (dance drama) and some folk elements, keeping the Odissi grammar intact,” said Rajashri.

Keeping with the geetinatya tradition, the production opened with the vibrant music of Indian musical instruments. “After exchange of dialogues, the characters cross over in tandem with the music as prevalent in geetinatya. Here, every dancer turn sutradhara carrying the story forward,” she said.

The twists and turns in the life of the two women – a princess and a prostitute – and the way they dealt with the extreme situations, sent a strong message to the society to have a relook at our priorities.

The piece has been choreographed by Guru Ratikant Mohapatra, while the script written by Jaydev Das and the music composed by Lakshmikant Palit.

An accomplished artiste of the Guru Kelucharan Mohapatra gharana of Odissi, Rajashri has imbibed in her the essence of this style with purity and perfection. “I remember watching Guruji and Guruma during an event on former’s 75th birthday, when all his students had descended on the stage, it felt like entering a temple. It gave me goosebumps. The impression stayed with me and the desire to learn Odissi from him brought me to Srjan,” she expressed.

That was in 2001. “I was very nervous meeting Guruji the first time as I had heard stories about the prerequisite of being tall and beautiful to make it to his troupe. I had completed my intermediate from Utkal Sangeet Mahavidyalaya then and reached his place accompanied by two friends. He asked us to perform Batu Nritya. I was the last to perform. After doing bhumi pranam, I had barely started when he asked me to stop and accepted me into his fold,” she said.

Her bhumi pranam was providential, as Guruji pointed it out to the other girls. “He could gauge one’s interest in the wink of an eye,” she said.

Rajashri with her belongings in a trunk reached Srjan to learn the classical dance form under guru-shishya parampara and there has been no looking back since then. After the demise of Guruji in 2004, she continued her Odissi lessons under Ratikant Mohapatra and has been the lead in many of its productions, having proved her mettle as a dancer.

“I had never thought of making it a profession. It was like living a dream and I am happy that it has come true,” she added.

Farmers resort to distress sale of tomatoes in Odisha. Know why