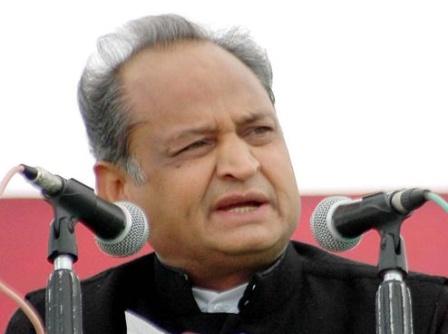 Jaipur: After dithering for a long time, Rajasthan Chief Minister Ashok Gehlot finally inducted 15 new ministers to his council. Eleven cabinet and four state ministers were sworn in on Sunday during a cabinet expansion of the Gehlot government.

The Governor administered the oath of office and secrecy to Hemaram Choudhary first who had resigned from the post of MLA in May accusing the government of neglecting his constituency.

Hemaram has now been given a cabinet berth in place of Harish Chaudhary. Next, Mahendrajit Singh Malviya was sworn in at number two and Ramlal Jat came at number three. Jat touched the feet of the Chief Minister.

Earlier, addressing the Congress MLAs at the PCC, Chief Minister Ashok Gehlot said that the role of those who could not be accommodated is no less important. “The left outs will be adjusted. This time, we will repeat the government in the state as entire Congress stands united. Congressmen will remain united,” the Rajasthan CM said.

Omicron variant more likely to cause reinfection than Delta:…