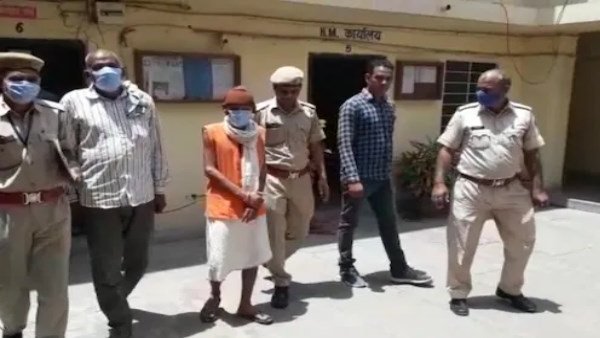 Jaipur: In an interesting turn of events, Rajasthan Police personnel had to turn into disciples to arrest a ‘saint’ wanted in a long-pending assault case, who was hiding at an ashram in Haryana for the past 27 years after absconding from the clutches of the law enforcement agencies.

The head constable of Vishwakarma police station here, Saheb Singh, played a crucial role in arresting the accused who has been identified as Deshbandhu Jat, absconding for the last 27 years from Jaipur and staying as a ‘sadhu’ in the ashram.

Singh got a tip-off that the Jat was living as a sadhu at an ashram in Bapora in Bhiwani district of Haryana. But as the police were not sure that the person in the ashram was the same man who gave them slip for so many years, they decided to stay in the ashram as his disciple to find out his real identity.

As the policemen talked to the person on different issues, the latter mentioned Jaipur, after which the cops became convinced that he had a Jaipur connection. Later during another round of discussions, they became sure that the man living in the guise of a sadhu was indeed Deshbandhu Jat.

Presently, the Jaipur Police are running a campaign to arrest all the wanted criminals. Under this campaign, the police took steps to arrest Jat, who was wanted in a case registered in 1994.

At that time, Jat used to work at a petrol pump in the Vishwakarma police station area where he had thrashed a customer who had complained that Jat was giving him less petrol. Subsequently, a case was registered against Jat.

In order to know convince the self-styled godman that they were indeed his disciples, the cops even had to smoke ‘chillum’ with him.

There was even a commotion at the ashram before his arrest. As soon as the Rajasthan Police personnel informed that they were going to arrest Jat, one of his disciples called the other devotees over phone who soon gathered at the ashram.

But the cops somehow managed to take Jat to the Bhiwani police station from where the accused was brought to Jaipur after high-level talks. A local court has now sent Jat to judicial custody.

Ratha Jatra 2021: 65 platoons of police to be deployed in Puri

3 pilgrims die due to stampede in Rajasthan’s Khatu…