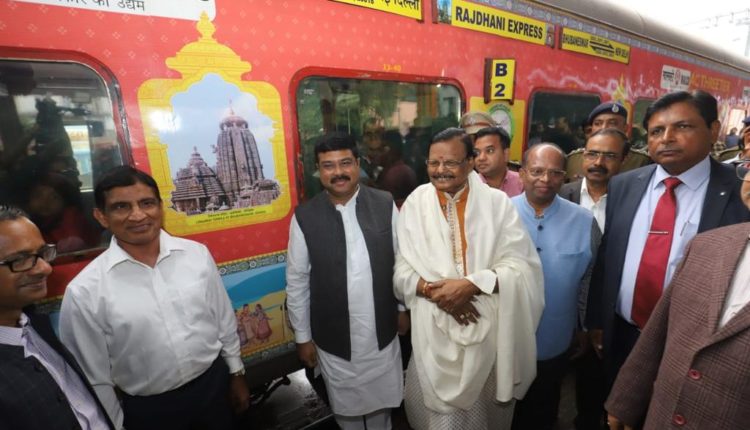 Bhubaneswar: Union Minister Dharmendra Pradhan today flagged off the Bhubaneswar-New Delhi-Bhubaneswar Rajdhani Express which has been transformed with display of Odisha’s art, culture and heritage.

He also launched unreserved train tickets in Odia language, which will be available at 317 stations across the state. Bhubaneswar MP Aparajita Sarangi was also present on the occasion at the Bhubaneswar railway station.

The train has been draped in high-quality designs on vinyl wrapping sheets on exteriors showcasing dance forms, archaeological monuments and flora & fauna of the state. The designs have been placed between the windows of the coaches while two strips, one at the top and the other at the bottom, reflect various designs in traditional ‘Pattachitra’ form. 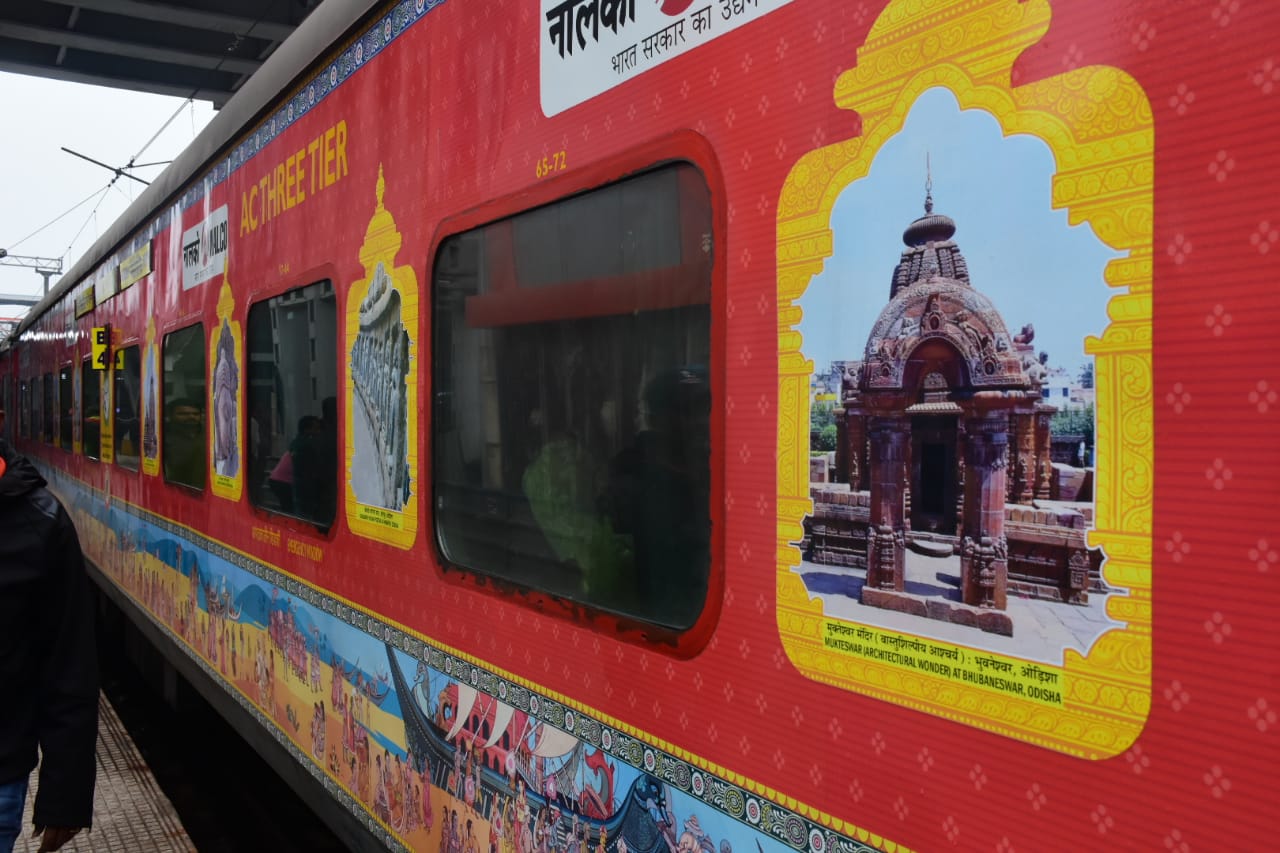 East Coast Railway (ECoR) and National Aluminium Limited Company (NALCO) had signed an agreement in this regard. While each rake consists of about 15 coaches, Nalco will pay Rs 1 crore for each rake as advertisement revenue to ECoR. The company’s designs and logos have also been featured on the coaches.