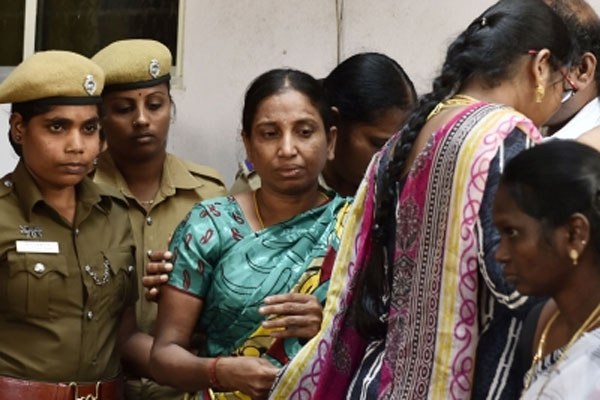 On Monday, Nalini moved a sub-application in the Madras High Court seeking bail.

The sub-application has been moved along with her writ petition of 2020 seeking the court to grant her bail with immediate effect without waiting for the Governor to accord his consent to a 2018 recommendation of the Tamil Nadu government to release all the convicts in the case.

Nalini in the sub petition filed before the Madras High Court contended that the Supreme Court had granted bail to Perarivalan citing that he had spent more than three decades in prison.

In her petition, she informed the Madras High Court that she had also spent more than three decades in prison and was entitled to get bail.

Immediately on assuming office in May 2021, Tamil Nadu Chief Minister M. K. Stalin had requested President Ram Nath Kovind to remit the life sentence of the seven convicts in the case and to direct for their immediate release.

Stalin had in his letter to the President said that most of the political parties in Tamil Nadu have been requesting for the remission of the remaining of their sentence and for immediate release of all the convicts.