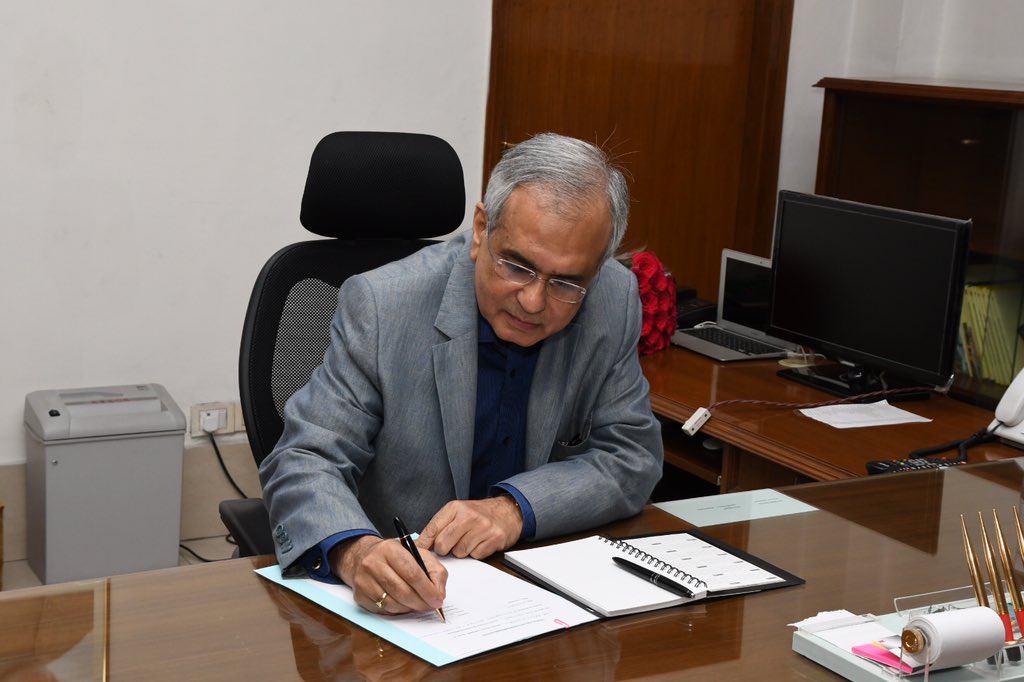 New Delhi: Rajiv Kumar, who took over as Vice Chairman of NITI Aayog on Friday, rejected criticism that demonetisation was responsible for the fall in Gross Domestic Product growth and said it cannot be blamed for that.
“Demonetisation should not be seen as the reason for the fall in GDP. There was a six-week period when cash deficit existed and from January (2017) things were fine,” he told reporters after taking charge of the office.

Kumar was appointed Vice Chairman in place of Arvind Panagariya, who opted to return to teaching in Columbia University in the US.

He said destocking by firms was the reason for the GDP fall. “Huge discounts were given and productivity also came down. A deflationary effect was negative after a long time. In every economy whenever there is a fundamental governance reform, such a situation is witnessed.”

Kumar said that including governance capacity at the state level was a focus for him.

“Governance for states has to be given shape at NITI Aayog. It is important for the states to be on same page. Policy making is an activity which is to be participative. People and everyone have to come on the same level and what is achieved can be our own model of priority and development.”

He said jobs have to be created and private investment is important in this regard. “We have to make sure that domestic investment is protected so that it picks up.”

“This is an area where India has a lot of entrepreneurs. So, we have to ensure that their role and participation is appreciable.”

He also talked of agricultural transformation and health and education as sectors that needed attention.

Thanking Prime Minister Narendra Modi for the responsibilty given to him, Kumar said, “Let me tell you that this is a dream job and (there is) no doubt about it.”

“I started my career from the same building in 1975. I used to come to this building library as part of my research. I want to thank Panagariya ji also for nourishing the NITI Aayog work and has made my work easier,” Kumar said.

“One of my biggest works will be to build team NITI. This is going to be a collective glory. We need to turn around initiatives. New NITI can transform the entire nation which is to be done now.”

Kumar, a senior Fellow at the Centre for Policy Research (CPR), is also Chancellor of the Gokhale Institute of Economics and Politics in Pune and the founding director of Pahle India Foundation, a non-profit research organisation that specialises in policy-oriented research and analysis.

Before CPR, he was Secretary General of the Federation of Indian Chambers of Commerce and Industry (Ficci).