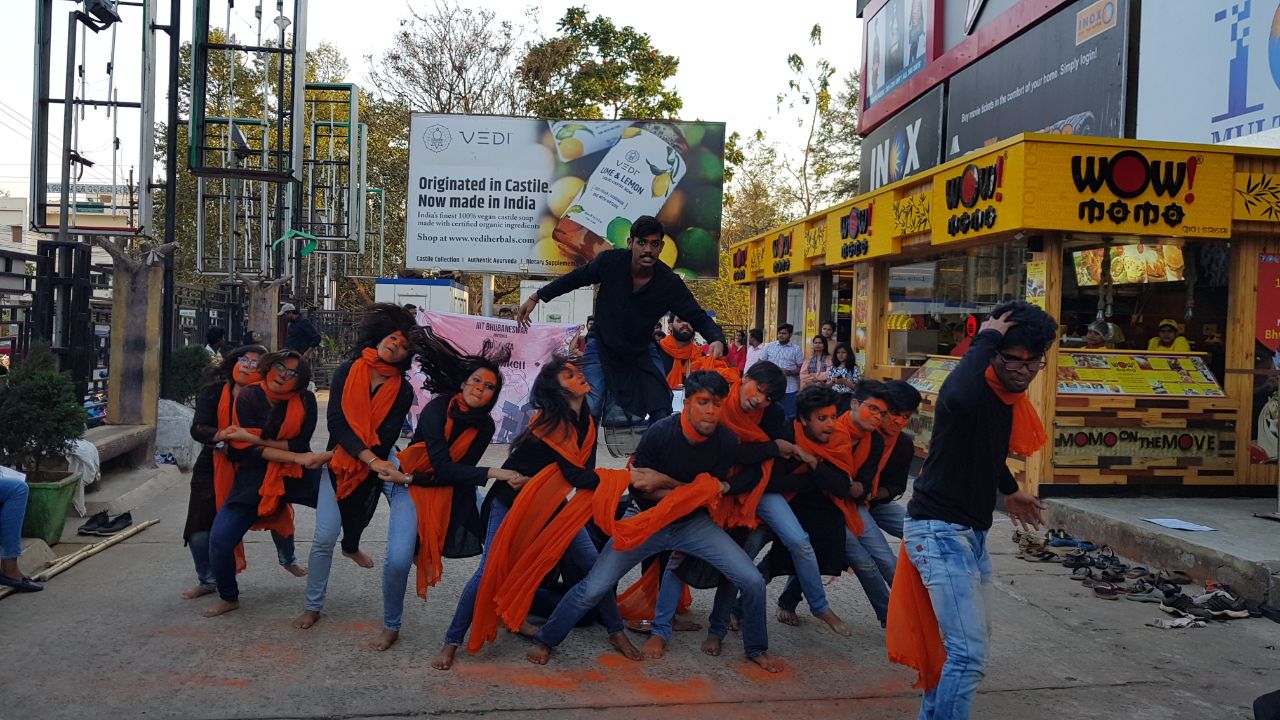 Bhubaneswar: Armed with posters and banners to take on the deadly disease on World Cancer Day, around 1500 students and women today took out a rally at Ratnagiri in Odisha’s Jajpur district.

The streets in Ratnagiri saw some beautiful street plays, exhibitions and interactions between doctors and villagers. ASHAs and Anganwadi workers, homoeopathic doctors discussed early detection of cancer, its prevention, treatment and the myths related to it.

“Our mission is to touch the remotest place and save as many valuable lives as we can, through awareness campaigns. We have been doing it for the last three years. We help the patients in every possible way,” said Amaresh Das, a member of the NGO, Umeedein which organized this event.

The day also saw 20 students from ‘Aakanksh’ – the drama club of IIIT Bhubaneswar staging a Nukkad Natak at BMC Bhawani Mall in the Odisha capital in collaboration with Bhubaneswar Municipal Corporation and Bhubaneswar Urban Knowledge Centre (BUKC) of BDA.

Keeping with this year’s theme, ‘We Can, I Can’, the students raised various slogans during the performance propagating awareness messages on prevention, detection and treatment of cancer.

The Nukkad Natak also attempted at creating awareness on the plight of elderly people in the city who are often at the receiving end due to negligence of children.

On #WorldCancerDay, I reaffirm resolve to take cancer care to the needy at doorstep. While ensuring cancer care in districts our focus is on creating awareness & promoting healthy lifestyle to reduce risk & burden. I urge all to join the fight against cancer for a #HealthyOdisha pic.twitter.com/nYZ2juWki7

Besides, various other hospitals and NGOs conducted awareness programmes across the state where people showed their support to cancer survivors and patients.