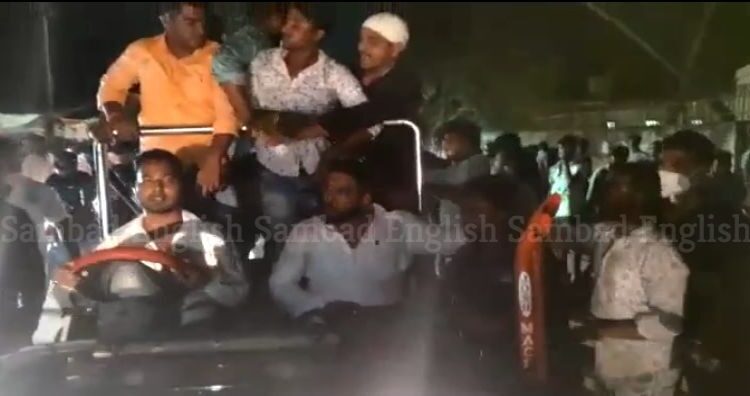 Bhubaneswar: Taking out a rally cost a murder accused dearer in the Odisha capital after the Commissionerate Police detained him under the National Security Act (NSA) for acting in a manner prejudicial to public order, after being released on bail by the Orissa High Court.

Roshan Jena,  an accused in Amaresh Nayak’s murder case, had take out a rally with over a hundred of supporters challenging the COVID-19 guidelines after he and his three associates were  released from the Jharpada jail on September 13 night. He was seen sitting in an open jeep along with his supporters during  the rally that created a nuisance in the Airfield Police Station area.

Police said Roshan has eight cases pending against him at various police stations.

The procession that had started in front of the Jharpada jail continued for four kilometre flouting the social distancing norm . Barring a few, most of the participants had not even worn face mask.

Meanwhile, family and relatives of Amaresh alleged that due to flaws in the chargesheet filed by police, the Orissa High Court granted bail to the four accused.

During Diwali last year, Amaresh of Sundarpada was beaten to death by some miscreants near Ekamra College. While investigating the case, the Commissionerate Police had detained former Corporator Debi Prasad Nanda alias Mantu. However, the cops later released him  after facing resistance from public. Later, nine persons were arrested in connection with the murder case.