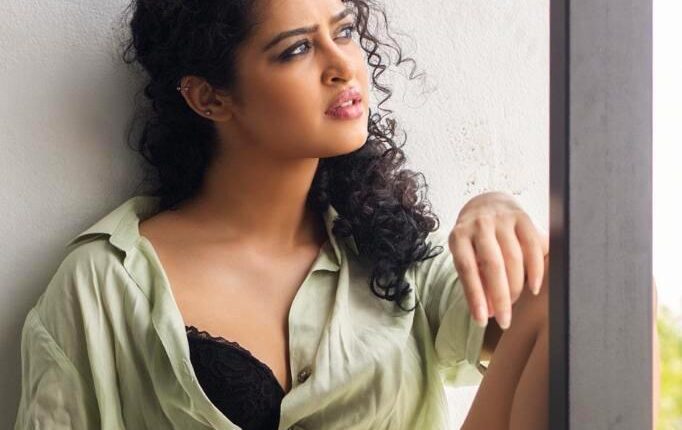 Bhubaneswar:  Bollywood filmmaker Ram Gopal Varma, who hogged headlines for his controversial statements in the  recent past, is once again in news for wrong reasons. This time, the ‘Rangeela’ director drew flak from the people of Odisha for his derogatory remarks on the state.

While praising Odisha-born newcomer Apsara Rani, who will be seen  in his upcoming project ‘Thriller,’ RGV in a series of tweets claimed that he had never thought of Odisha as a talent hub for film industry.  The producer also went on to say that he did not even hear about Odisha even since 1999 Super Cyclone.

” Before meeting Apsara,I dint even hear about Orissa since the 1999 hurricane.But after meeting her, now I realised that Orissa creates all kinds of hurricanes. It’s been a great revelation that Orissa has such beauties .MORE POWER TO ORISSA,” RGV  had tweeted on July 6 while sharing a picture of the debutant actress.   ⁦

Captioning another picture of her, the Bollywood filmmaker yesterday said, “Never even thought of Odisha as a talent pool for film industry. But going by Apsara Rani coming from there, both the rest of the country and Odisha itself should seriously look at Odisha.”

Sir, there’s a lot of better talents than me in Odisha but I just got an opportunity. I wish the rest of the country recognises this and take Odisha talent seriously, the actress tweeted in a reply.

RGV’s remarks triggered a huge outcry among the people of Odisha with netizens bashing him on social media platforms Facebook and Twitter. Social media users from Odisha as well as outside slammed the filmmaker in the comment sections for his ‘poor knowledge’.

You are all messed up.
Orissa is Odisha.
Hurricane is Cyclone in India.
Utkala the earlier name of Odisha means उत्कृष्ट कलायाः देशः यः सः उत्कलः . The ancient name Kalinga means “One who Knows the Arts and the Skills.” So don’t demean the arts, culture & beauty of our state!😬

A Facebook user commented, “These guys always fly in air because of their success. In fact, they are unaware about things happening around. I can bet even a Class 3 student from odisha has better IQ than him. Please don’t expect knowledge from him,he knows a bit about social media that’s a surprise.”

“Dear Ram Gopal Verma, from your above tweet, you have openly exposed your poverty of knowledge and idea on Odisha,'” said another user.

“Odisha is the land of Lord Jagannath. Lustful myopic vision has no place in the land of Odisha,” another tweeted.

Recently, Telangana Police booked RGV and his producer Natti Karuna following a complaint  in connection with his recently announced film ‘Murder’, which is based on honour killing.

2-day shutdown announced in these parts of Odisha district